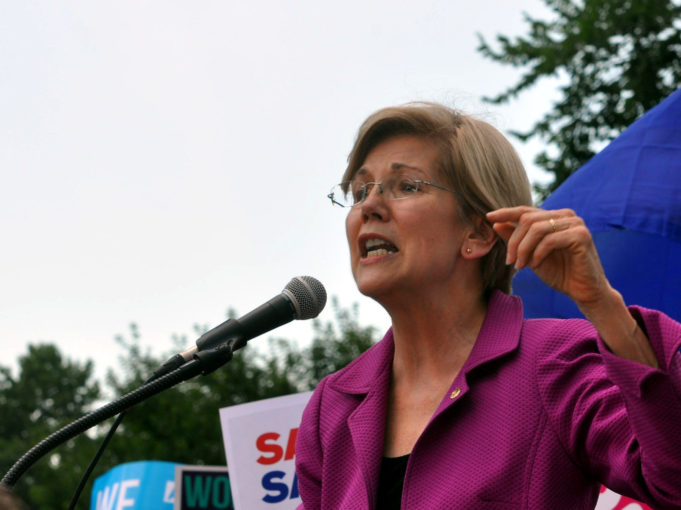 After placing a one million dollar bet on the DNA test results from Senator Elizabeth Warren’s (D-MA) supposed Native American heritage, it seems that President Donald Trump may have to pay up. However, that isn’t what the results really mean.

Warren, a possible 2020 presidential contender, has touted her Native American bloodlines for years, dating back to her time as a law professor, whether or not that had any affect on her previous employment. Earlier this week, she planned an elaborate rollout of her ancestral results aimed at garnering widespread attention to presumably add “non-white” to her list of accomplishments for the progressive cause in the era of identity politics.

The ancestral analysis was conducted not by a generic “23andMe” biotech company, but Stanford University professor and genius grant recipient Carlos Bustamante, who is highly regarded for his work on tracking population migration via DNA analysis. Although he concluded that “the vast majority” of Warren’s ancestry is European, he added that “the results strongly support the existence of an unadmixed Native American ancestor.”

The Boston Globe reports that “strong evidence’’ says that Warren had a Native American in her family tree dating back six to 10 generations, meaning that she is between 1/64th and 1/1,024th Native American. Therefore, at the very least, she is 98.4375 percent Caucasian.

Even though that such a small percentage of Native American DNA may be enough for Warren to keep the “Pocahontas” nickname given to her by the commander in chief, the entire situation has led Democrats off the trail with less than three weeks to go in the midterm elections.

“Argue the substance all you want, but why 22 days before a crucial election where we MUST win house and senate to save America, why did @SenWarren have to do her announcement now? Why can’t Dems ever stay focused???” Messina added on Twitter earlier this week.

It wasn’t just politicians that responded to Warren’s ancestral results, though. The Cherokee Nation said the Massachusetts senator was making a “mockery out of DNA tests” and “dishonoring legitimate tribal governments.”

Secretary of State of the Cherokee Nation Chuck Hoskin Jr. excoriated Warren for her DNA test release and the media coverage of it, saying it was “useless” and that she was “undermining tribal interests.”

“A DNA test is useless to determine tribal citizenship. Current DNA tests do not even distinguish whether a person’s ancestors were indigenous to North or South America,” Hoskin Jr. said as reported by The Washington Free Beacon. “Sovereign tribal nations set their own legal requirements for citizenship, and while DNA tests can be used to determine lineage, such as paternity to an individual, it is not evidence for tribal affiliation.

What Warren intended to demonstrate is that she is genetically Native American, all the while posting a video pumping family commentary into her folkloric narrative. Although she says that she is laying no claim to citizenship in a tribe and frames her understanding of her ancestry in terms of life experience, what has really happened here does absolutely nothing to help the senator’s cause nor the agenda of her party. All it does is fuel fire to the game of identity politics that is wearing voters very thin.

Let’s be honest with ourselves, if it was revealed that she had 10 percent Native American DNA, or even 51 percent, should that really change anything? If the public found that she really was Native American, would that entitle her to the historic tribal victimization and allow her to gain political capital?

As news media mocks Warren’s made-up narrative, it has only hurt those who are actually Native American, because having that ancestry means something that goes far deeper than the superficial identity politics game that is being played by progressives.