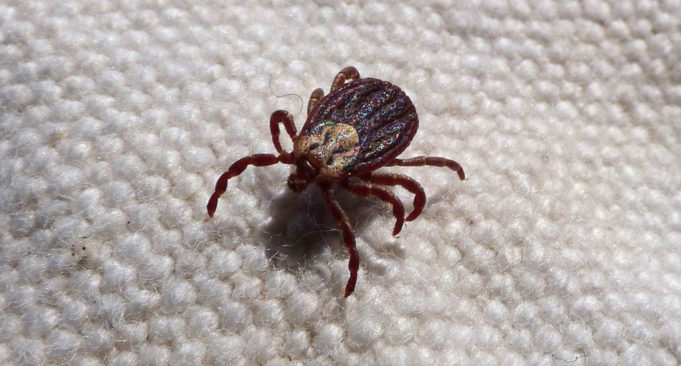 While he was a state senator, Ralph Northam – candidate for Governor of Virginia — was one of only two state senators to vote against SB971/HB1933.

Lyme tests are widely known to be 35-50 percent unreliable.  This particular bill requires anyone being tested for Lyme disease to be given a statement, in writing, stating that current testing for Lyme is unreliable and that a negative test does not mean you aren’t infected.

This bill was the first of its kind and signed into law by Governor Bob McDonnell in 2013. Several states have subsequently enacted similar laws, including Maryland last year.

In an appalling and specious floor speech discussing the bill, Dr. Northam essentially said providing a piece of paper to his patients would reduce the profitability of his medical practice.

The sad truth for those of us with Lyme is that few doctors are familiar with tick-borne disease testing and diagnosis problems.  I had to go to nine doctors before I got an accurate diagnosis, and I tested negative four times, before finally testing positive. I spent thousands of dollars out of pocket. The doctors I went to, all from impressive schools, didn’t know much about the disease and thought the testing was fine.

Who was I to argue?  I didn’t know. This law educates not only the patient, but doctors who don’t know about the problems with Lyme testing.

The bottom line is that Northam protected the medical lobby at the expense of Lyme sufferers.

Lyme claimed the lives of two Virginia toddlers in 2015.  Lyme is a national epidemic, and especially prevalent in Virginia. Knowledge of testing problems is critical, and the consequences of delayed treatment can be devastating.

With the Virginia Lyme law set to expire next year, Northam seems unlikely to support its continuation.  We should expect more from a candidate for Governor, and especially one who supposedly made a vow to put the interests of patients first.

Louise Filkins has been battling chronic Lyme disease for more than four years. Unable to work due to her illness, she is an advocate for those suffering from Lyme and other tick-borne diseases. She resides in Falls Church, Virginia.