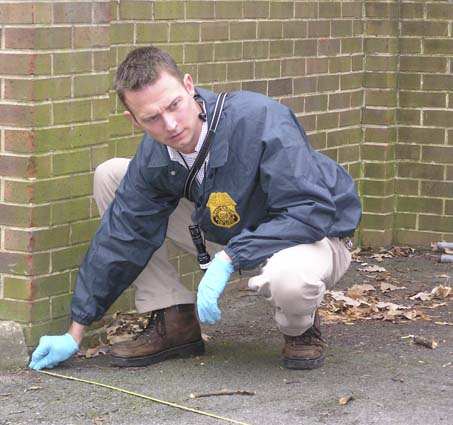 Since being sworn into office in January, he’s received a wave of good publicity. However, today news came from Virginia’s capital city that no one wants to hear.

An unknown perpetrator fired a single gunshot into a window at Miyares’ office in Richmond.

Capitol Police are investigating, as The Daily Wire reports:

“Capitol Police were called to the Barbara Johns Building at 7:13 p.m. Monday for a report of a bullet that may have been fired into the building from outside,” Public Information Officer Joe Macenka told The Daily Wire on Tuesday evening. “Officers found a bullet in a sixth-floor office that also had a small round hole near the top of a window.”

Macenka added that officers had no further comment at this time.

In an email to the attorney general’s office viewed by The Daily Wire, Chief Deputy Attorney General Chuck Slemp informed colleagues that “a single round from a firearm was shot into a window of the Barbara Johns Building.”

“The round was located by housekeeping staff last night,” Slemp wrote. “The Capitol Police is actively investigating. There is no indication that this incident was targeted at the OAG specifically or any individual employee.”

Over the weekend, Miyares had weighed in on a pro-abortion group’s threats to disturb Catholic masses on Mother’s Day with protesting.

I deeply respect the First Amendment rights of speech and assembly. But no one has the right to interfere with the fundamental and natural right of all Virginians to practice their religion in peace. pic.twitter.com/LgNrhpPhdD

The civil rights of Virginia’s worshipers will not be violated by any mobs.

In Virginia, the law reigns supreme and Catholic Virginians’ right to worship in peace will be protected.