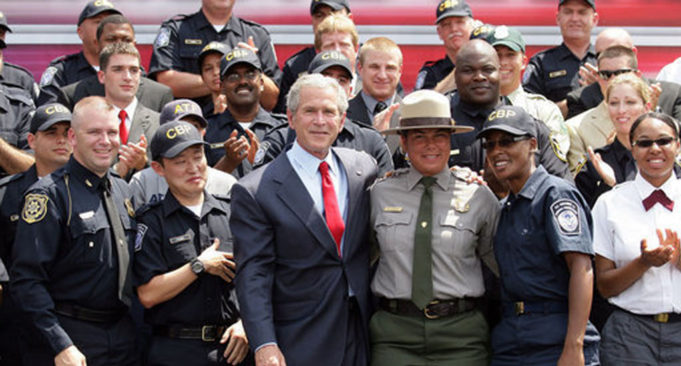 The inestimable Mark Fitzgibbons once again hits the nail on the head over the NFL “kneelers” and their unwillingness to stand for the National Anthem:

Whatever political or other differences Americans may have, the pre-game National Anthem is a shared and unifying moment among opposing players and fans over something that’s good and common among us. Freedom of conscience and dissent are, of course, treasured American values. However, using the forum of the National Anthem for protest may and should be prohibited by team owners and the league – just as so many other acts and unprofessional exhibitions during games or other businesses are disallowed.

Whatever their intentions, or individual or collective acts of conscience, player protests in that forum are de facto acts of disrespect for America. Thus, to use that moment and forum for protest is divisive, and has no place in the sport regardless of the subjective intents of the players. Liberal supporters of the protests would surely find objection if players were to kneel over abortion, anti-Christianity, or acts of progressive non-police government coercion – and progressives love government coercion.

The contrast between the vitriol spewed at Tim Tebow — a quarterback mocked by the political left for his Christian faith and habit of taking a knee in prayer before games — and the praise heaped upon Colin Kapernick is duly noted by the many NFL fans whose form of protest has simply been to boycott the games.

Of course, burn a flag?  The left calls you a patriot.  Burn a jersey in protest?  Get called a moron by the same folks who insist you should have sold the junk and given the money away to the poor.  (Matthew 26:9 — lost on most folks today)

Fitzgibbons’ solution is rather simple: encourage NFL players to do a ride around with their law enforcement officers and see if their opinions change.  One suspects for many, rather than taking a knee to protest perceived injustices, they will recognize the shield for what it is — the thin blue line between American society and the true face of humanity’s vicious nature.