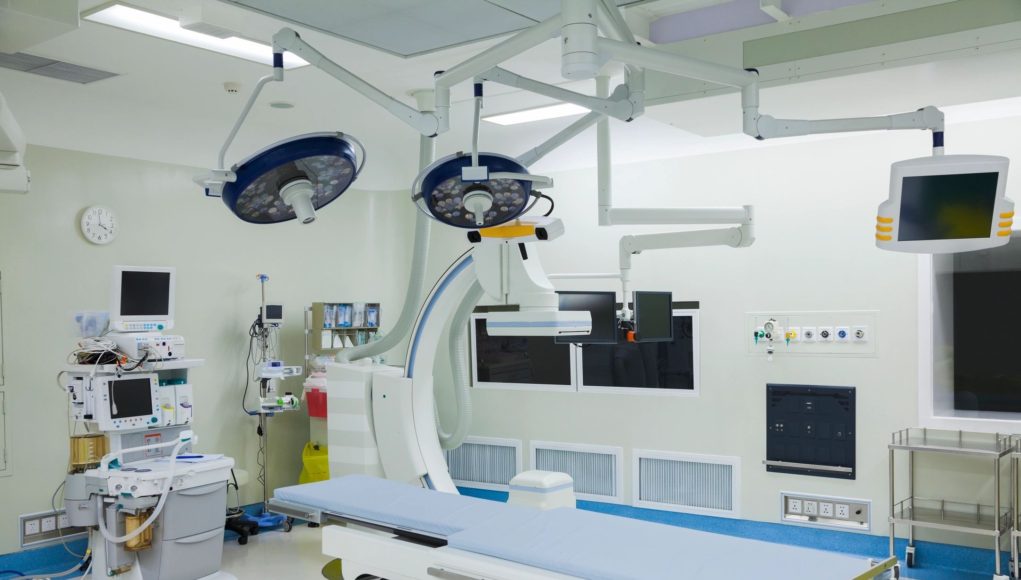 As the President once famously said, health care policy is “complicated.”

Stultifyingly so if you aren’t a wonk.

That’s one of many reasons why Ed Gillespie’s health care policy rollout is noteworthy and impressive. Last week, Gillespie unveiled a detailed yet comprehensible plan highlighting specific health care areas in need of attention – from mental health and cancer research, to Medicaid and Certificate of Public Need – and philosophies that undergird how he will approach health care policy as Governor.

It is rational and well-thought-out — a health care plan for those at the grown-ups table. Perhaps most importantly, it is written in a way that acknowledges the statutory and precedential realities of our health care system while accounting for those immovable objects in an honest-to-goodness functional plan that can exist in the real world.

Gillespie’s plan is grounded in the conditions of health care as they are, not in the conditions which one might ideally want them to be.  Rejecting the self-absorbed pie in the sky musings about an imagined cure all, Gillespie’s plan eschews a more ortohodox purity test that might otherwise warm the cockels of conservatives’ hearts, yet remain in the realm of Libertopia rather than the Commonwealth of Virginia.

Here’s why the heavy dose of reality so important: Because like it or not, virtually everyone in this country at some point will access the health care system when they need treatment, and insurance or no, people receive necessary medical treatment in this country.

Don’t believe me? Then consider this.

Since the 1960s, the Medicaid and Medicare programs have been on the books.. They exist to provide health care coverage to pregnant women, children, the disabled, and the elderly.

Since the 1980s, a federal law (as I’ve discussed previously) signed by President Ronald Reagan has effectively required hospitals to provide care to people who show up at the emergency room. That includes people without insurance or money.

Those standards have been in place for years.

Bemoan New Deal era dinosaurs, the welfare state, and the safety net if you want. But we are collectively fooling ourselves if we think any of those things are going away anytime soon.  Change will come at the margins and gradually, not in one fell swoop and certainly not at the behest of Richmond who must dance to a tune set by the federal government.  In short, until Washington sorts out a solution, Richmond must play the hand as dealt.

Thus the political instincts from both parties at the federal level has been to augment these programs (see Medicare Part D under President George W. Bush, or Obamacare’s Medicaid Expansion) for good or ill, precisely because the political fallout of massive entitlement reform is simply beyond reach.

Yet despite these realities, political leaders can and should work to reform these entitlements to make them more efficient and to incentivize people to move off public support, as Governor George Allen did with welfare reform during the 1990s.

One must also accept the reality that for years and years our policymakers have made decisions resulting in health care being available and accessible to the most vulnerable in our society.

Right here in the Commonwealth, the General Assembly has consistently budgeted Medicaid funds for those among us with very serious intellectual and developmental disabilities who require intensive, and sometimes round-the-clock care. There are scores of Virginia families with special needs family members who are on what’s called a waiver waiting list to get the support services they need. Providing the necessary support for these patients and their families is costly – far more costly, in fact, than the routine care dispensed to the average person enrolled in Virginia’s Medicaid program.

Despite those costs, there is bi-partisan agreement that those individuals should receive state support. And as Gillespie’s plan notes, there’s also the matter of compliance with a 2012 settlement Virginia reached with the Justice Department to enhance services for those with serious intellectual and developmental disabilities.

Which brings us back to the layers of government involvement in health care.

Government plays a role in many aspects of the health delivery system, from setting insurance rules to standards of care, and much more. With a surgeon’s skill, Gillespie identifies many conditions that pose challenges to the system and proposes smart reforms as a remedy.

To address costs, Gillespie offers a range of ideas including consumer protections such as price transparency and insurance-minded reforms related to balanced billing and more insurance competition.

On Medicaid, Gillespie calls for innovative programmatic reforms focused on outcomes, while realistically acknowledging the *ahem* elephant in the room: We may be stuck with some version of Obamacare or a descendant health care plan from the feds. He also grapples with the need for overdue Medicaid rate improvements to providers who care for the most vulnerable among us at the government’s behest while being reimbursed well below break-even costs for that care.

Gillespie’s plan advocates for sensible Certificate of Public Need (COPN) reform without defaulting to a cookie cutter, one-size-fits all solution that just won’t square with the fundamental truth about health care (to quote Ed’s plan): it “is not a pure free market” and policy solutions have no alternative but to take this Reagan-era fact into consideration.

Naturally, we should promote a climate that fosters innovation and competition while accepting the truth that some systems, such as health care, have built-in government guardrails.

These guardrails apply health and safety standards that protect patients and marketplace stability in a system where charity care is a built-in loss factor absorbed by providers, insurers, and ultimately patients.  Like them or not, such realities are plainly that — realities.

Improving health care requires a firm grip of policy and a willingness to recognize that a complex marketplace loaded with government conditions necessitates creative solutions to sustain the health care access we are all accustomed to. With this plan, Gillespie once again demonstrates he is a serious thinker ready to govern by addressing, rather than ignoring, challenging policy issues that require more than a band aid to be considered properly treated.