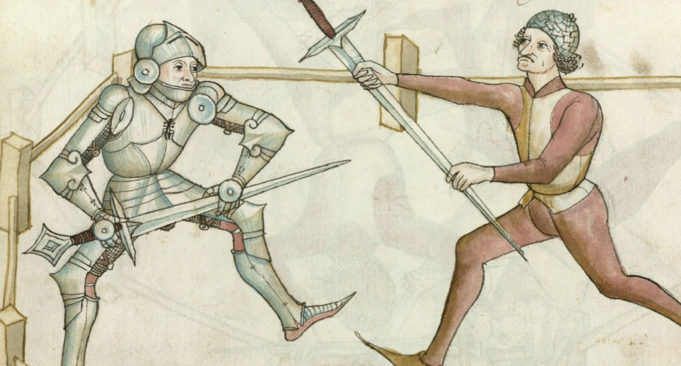 “A drowning man will grab the blade of a sword.” — Proverb

Abandoned by their own caucus and drowning in a sea of support for Republican gubernatorial candidate Ed Gillespie, Northern Virginia Democrats are desperate to try to separate themselves from the noise and do something — anything — to resuscitate Democratic fortunes.

Their grand solution?  Grab the blade and promise the unaffordable.  From Inside NOVA’s Alex Koma:

Carter acknowledges that the proposal will be quite the uphill battle, as it requires a substantial reordering of the state’s economy, on top of the healthcare changes — his plan would build a “two-tiered system,” ensuring basic insurance access for all Virginians under a government system similar to Medicaid and leaving a private marketplace for people seeking more expensive elective procedures or clinic visits.

But Carter believes European countries similar in size to Virginia (like Austria) provide a blueprint for the state to follow, helping Virginia chart a path toward simultaneously providing universal coverage and cutting down on healthcare costs.

What’s more interesting to outside observers is the fact that the Democratic contenders for the House of Delegates know instinctively that this proposal is a dead letter.  So why are they doing it?

…is it because Northam is slipping from neck-and-neck contender to being on the wrong side of the margin of error in polls?

Why these House Democrats would sacrifice their own campaign for a promise that is popular among the progressive base yet utterly rejected by independents and Republicans alike is mystifying under any other explanation… other than the fact that Northam, Fairfax, and Herring all need a serious boost within their base (and can’t get it any other way).

Talk about grabbing the sword by the blade.