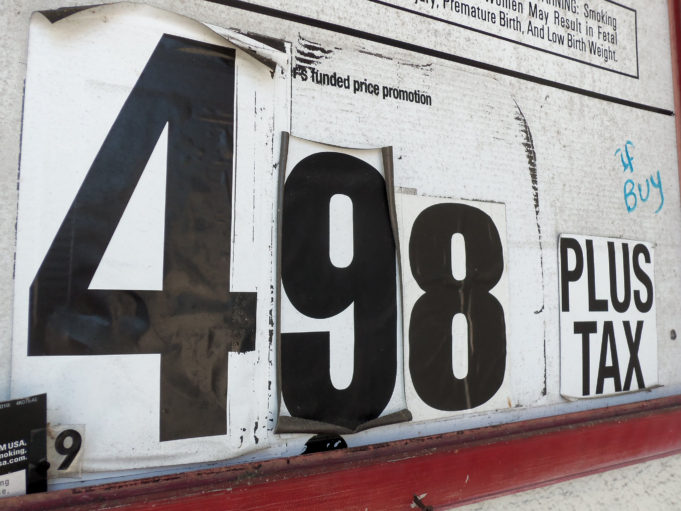 Virginia’s capital city is clearly at risk for becoming an economically-challenged, business-unfriendly area as the liberal agenda of tax first, ask questions later is now business as usual in local governance. As yet another tax hike is on the horizon, the Richmond City Council will vote this month on whether to approve a monumental cigarette tax increase.

Throughout the debate surrounding an additional revenue stream to fund the crumbling infrastructure of Richmond Public Schools (RPS), supporters of the proposed cigarette tax have undersold the extreme price jump and the significant fiscal harm it will place on local businesses in the city. If Richmond’s experience with the tax is anything like other measures that have been implemented in localities through the Commonwealth, the fiscal bump for RPS will be tantamount to a house of cards.

The proposed $8 tax on a carton of cigarettes would be the largest single increase in the history of the tobacco-producing state. If the City Council votes the excise through, Richmond will be placed in the top four percent of all local cigarette-taxing jurisdictions in the U.S., according to a report from the Richmond Times-Dispatch. Taxing packs of smokes will represent a price increase of between 15-20 percent, a measure that will likely send nicotine fiends running to Henrico and Chesterfield counties retailers.

Neighboring Petersburg, which recently increased its cigarette tax from 10 cents per pack to 90 cents, saw sales plummet and an increase in commercialized crime involving non-stamped packs of smokes being sold to loyal patrons of corner convenience stores. This caused the Commissioner of Revenue to team up with local law enforcement authorities to crack down on businesses that sell cigarettes sans the blue and white tax stamp.

Insofar as cigarette trafficking is considered, local retailers in Petersburg are trying to keep their businesses alive. For example, just after the tax hike was introduced, cigarette sales in Prince George County skyrocketed as numbers in sales were up at least 20 percent.

Supporters of the tax measure in Richmond often cite what they define as “success stories” in cities like Norfolk and Virginia Beach. However, what these so-called supporters do not see, rather turn a blind eye to, is that Norfolk and Virginia Beach border other high-tax jurisdictions. Therefore, there are counties worth of a buffer against cigarette buyers fleeing the long arm of the liberal tax agenda.

Of course, things are not the same in Richmond, the once proclaimed “Tobacco Capital of the World.” Once the tax is implemented, taillights will be shining on downtown Richmond as smokers drive to Henrico and Chesterfield counties to stock up on cigarettes without additional taxes levied.

The other localities also do not have to face the rather large elephant in the room – the fact that the world’s biggest producer of cigarettes is located in the City of Richmond.

Sitting just off Interstate-95, Philip Morris USA, part of the larger Altria Group, employs around 3,600 people just south of the city. Although the tobacco warehouses do not employ the ten thousand Richmonders they did in the 1990’s, or the nine thousand they did in the postbellum era, the company’s sole cigarette factory is an integral part of the Richmond economy.

Store owners are worried enough about the tax hike, but what would it do to the city’s almost direct and indirect 4,000 employees if the company decided to set up shop elsewhere?

Talking about raising city revenue, Tanya Cook, Philip Morris USA’s director of cigarette manufacturing, has said the company has provided Richmond schools with $35 million in philanthropic support over the last decade. Furthermore, the revenue the city collects from the company for property taxes as well as the machinery and tools tax far exceeds what it would garner from a tax on cigarettes.

A few members of the City Council claim they can pay for the RPS revitalization with a cigarette tax. Currently, the modernization plan is said to cost $800 million over the next 20 years, with a prioritized five-year plan that carries a hefty price tag of $225 million. Although the recent meals tax hike from six to 7.5 percent will undoubtedly chip away at the budget, there is still $75 million required to complete construction and begin upgrades that is unfounded in Mayor Levar Stoney’s budget.

So, can Richmond raise nearly $75 million, or even make a steady income off a cigarette tax?

Since 2006, Virginia Beach has had five separate tax hike on packs of cigarettes. By increasing the price of a pack by 50 percent over the last decade, it has gained the city less than one percent in revenue.

You cannot make a dollar off a pack of cigarettes that no one buys.

Furthermore, cigarette taxes are a declining source of revenue, most officials agree. In the report, the City of Norfolk recently released a budget document that stated, “revenue generated from these rate increases tends to be short-lived.” Therefore, funding RPS deserves a better answer.

Others that deserve better answers are Richmond’s business owners. Recently, complaints heard by the City Council from local retailers who will surely lose business have fallen on deaf ears, being shot down as “not credible” or lost in the similar debate surrounding the vendettas against the meals tax increase. If anything, these personal economic testimonies understate the harm that is to be caused by an additional tax hike.

Reportedly, members of the City Council understand that there will be continued growth in the food and restaurant industry in Richmond, meaning the meals tax, while hugely unpopular, will be a sustained source of revenue. That cannot be said for the massive collapse in cigarette sales in the capital city if the cigarette tax is implemented.

The city is building its economic plan on assumptions, and assumptions are dangerous things.

This isn’t just about cigarettes, it’s about the nature of local convenience stores. When someone walks into the local corner store, they often leave with more than a pack of cigs. People frequently purchase a bag or chips, a hot dog, even a tangy, refreshing drink. As well, people use filling up for fuel for an excuse to splurge on a pack.

Many adult smokers will take the tax as a negative and travel just outside the city into Henrico or Chesterfield County to buy their goods, compounding the implications on local businesses.

Is “the juice worth the squeeze?” No, it isn’t.

The dramatic tax increase will undoubtedly cost Richmond businesses tens of millions of dollars in lost revenue. It is an unfair economic burden that is not just shared by the cigarette-buying population, but all Richmonders.