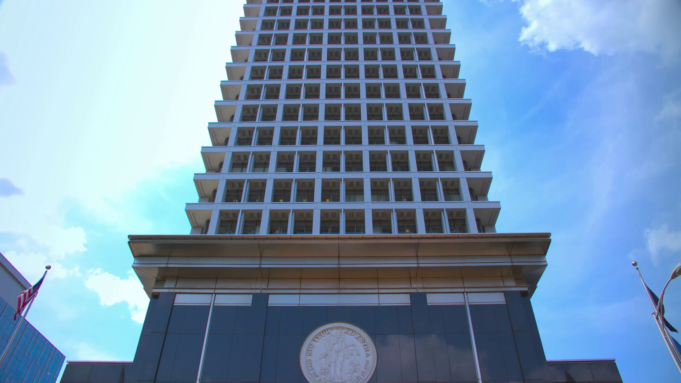 BE IT FURTHER RESOLVED: That the (Richmond) Council hereby commits to working with the City’s Administration on an equitable plan to phase out reliance on gas and shift to accelerated investment in City-owned renewable energy and hereby recognizes that the continued operation of the City’s gas utility is an obstacle to the City’s goal of Net-Zero emissions in accordance Resolution No. 2020-R024, adopted June 8, 2020.

Council sees its continued operation as “an obstacle.” The 117,600 customers (as of 2018) may soon need to run their lives and businesses without natural gas. Those customers are not confined to the city itself but are also located in Henrico and Chesterfield counties. (Disclosure: I am one of their Henrico customers.)

The city probably has a legal (and enforceable) obligation to continue service under current law. Every candidate for the legislature in Richmond, Henrico and Chesterfield needs to tell the voters whether they will let this stand or oppose this effort to kill natural gas options. It will end up before the General Assembly or the State Corporation Commission or the courts or all three. The resolution itself contemplates needing legislation to accomplish its goals.

Here is a map of the current service territory. The city is probably less than half the full area. Think of all the industries around the Richmond airport and south of town along Interstate 95. Be prepared to say goodbye to some of them.

Incumbent candidates who voted for the Virginia Clean Economy Act and the similar bills in 2020 and 2021 should further explain if they understood this to be the ultimate goal. When you talk about an economy that is 100 percent carbon free, in all aspects, that basically means no natural gas. Period.

The council resolution (full text here) was adopted unanimously during the September 15 council meeting, having been introduced by Second District Councilwoman Katherine Jordan back in July. The only place I saw the action reported was on Twitter, with green activists all excited. They are dead serious about this happening.

That earlier post and the report it was based on were dismissed by some as not credible. Richmond City Council just moved it from hard to believe into the “consider this fair warning” category.

According to a 2018 city annual report on its utility operations, the gas operation had gross revenue of about $155 million in 2018 and gross operating profits of $20 million. After debt payments and other adjustments, the net profit was $10 million. On top of that, of course, the city also collects consumer use taxes directly from the consumers of the gas. It makes money both ways.

The financial benefits to the city would largely continue, of course, if the intent is to simply let a private entity buy the assets (actual capital value unknown) and operate as public service companies do elsewhere in Virginia.  But that is not the intent. That does not advance the city and the state (and national) goal of net zero or zero emissions.

I have no idea what bonds or other debts support that gas system, but that is a further complication that could affect the city’s bond rating. Another provision of the resolution calls for the city to stop dealing with any banks that invest in fossil fuels in any way. In other words, to stop working with banks investing in the City of Richmond itself, since it owns and profits off a gas company. Which get dumped first, banks or the gas company?

As to the idea of city-owned renewable energy assets to instead serve those customers, again, that is not possible under current law. The existing electricity monopoly belongs to Dominion Energy Virginia, and it is already planning more wind and solar than we will ever use.

There is a check box on the resolution form noting whether or not a fiscal impact statement was prepared. You get one guess which of the two boxes was checked, yes or no.

These are not serious people. They should not be allowed to handle money or manage large complex operations. Even if this particular effort fails, the gas operation now needs to move to safer private hands.

But this outcome was predictable and predicted, and other progressive-dominated local governments share exactly the same goals. This is your seven a.m. wake-up call (most having ignored the wake ups at six and six thirty.)

Steve Haner is Senior Fellow with the Thomas Jefferson Institute for Public Policy. He may be reached at [email protected].