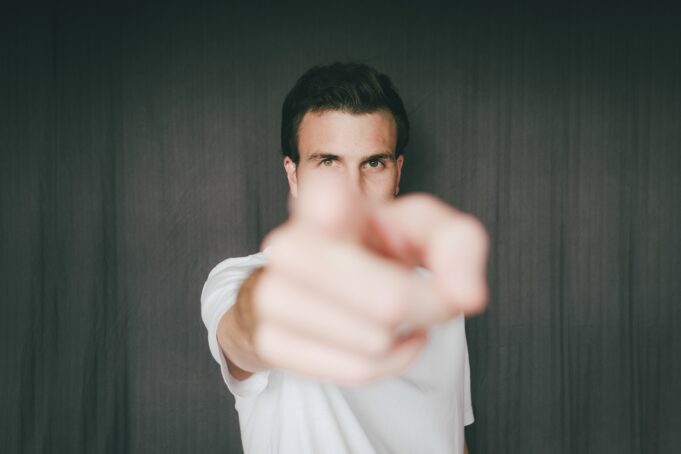 Lynn Mitchell over at my former roost at Bearing Drift offers the following thoughts regarding the tenor and tone of today’s campaign environment:

What would make people be so coarse that they would display something that offensive for all to see? It never occurred me to ever fly such a flag against any Democratic president or anyone else for that matter.

There was a time when the GOP would have been appalled at one of their own displaying something so crude and, indeed, I came across this from former Lt. Gov. Bill Bolling who recently wrote on Facebook: “A serious request of my Republican friends. Stop it with the ‘Let’s Go Brandon’ stuff. You know what it means. It’s vulgar, offensive, and disrespectful. Be better than that.”

What followed was a mostly civil thread of comments that addressed the growing issue of vulgarity in the public forum.

Of course, the tone and tenor of many of the writers at Bearing Drift has wandered from principled objection to the sort of outright contempt for others that Mitchell rightly disdains — some of it coming from Democratic writers at the one-time conservative flagship.

I will readily admit that I find calls for Joe Biden to perform an anatomically impossible act to be coarse and vulgar, much as I found such calls during the anti-Bush protests equally vulgar. Before our left-minded friends reach for the “whataboutism” trope — what the educated call prologue and precedent — one can’t help but laugh at the soft censorship of Let’s Go Brandon and do anything but laugh, not just because of what it is, but because of how conservatives are finding their own willingness to push back against the institutionalized ideology of the political elite.

Lest we fob off Mitchell’s lament with a flick of the wrist, there is a grain of truth — in fact, many grains — that turn the critique into a bit of sandpaper-on-skin that cannot be ignored.

The coarsening of our political environment really is one of the most disappointing developments of the last 20 years. There are political implications to it as well that go well beyond mere aesthetics — Biden dropped 15 points since August and Youngkin et alia were only able to scrape in just 9 points of that margin for a 50.5% win. Which leaves precisely 6 points — about 180,000 Virginians — who used to be Republican who simply are not coming back home even in the best year to be a Republican sans Trump.

I want to show you a chart.

Buckle up, because for all the lament that says “both sides” it really isn’t both sides. One half of America is radicalizing to a point no longer recognizable to our polity; the other half — tired of trying to reason with it — is now learning to fight it with its own tools:

Rather, I think there’s something deeper to the critique that Mitchell (and by extension former Lieutenant Governor Bill Bolling) raise that is worth considering, namely whether or not we are any better than the Democrats themselves — not better in the sense of moral worth (we are all worthy) but rather in the sense that we did not have to lower ourselves to the degradation and violence of the left in order to point towards a better and more excellent way.

In short, even if you accept the civilizations vs. the barbarians narrative against the envious mob of the woke, one might assume that this obligates those of us who pretend to civilization to behave in practice, thought, word and deed to be actually civil.

Marlborough, Civilization and the Founding of America

For many years, the French Sun King — Louis XIV — threatened to become the hegemon of Europe, having forged alliances in Spain and seeking to overthrow the power of the Holy Roman Emperor. The Protestant kings of England — still recovering from Cromwell and recently restoring the Stuart monarchy only to see her kings succumb to the disease of Catholicism (egads!) — were developing Britain’s now long-standing policy of preventing any one power from gaining hegemony on the continent, thus potentially threatening the British Isles.

In a series of unlikely battles, the Duke of Marlborough — the posterity of Winston Churchill himself — fought a series of battles that broke French arms time and time again. At Blenheim (1704), Ramilles (1706) and Malpaquet (1709) the French were defeated by inferior numbers and superior generalship.

Yet it was Marborough’s careful cultivation of the best and brightest and his own character and ambition that created a sort of cult around the man. Officers such as Parke, Hunter, and yes our very own Alexander Spotswood (of Spotsylvania fame) were rewarded with service in America — and it would be from this class of officer-gentlemen that our own Founding Fathers would learn to behave as officers and gentlemen — George Washington most of all.

How To Win Is As Important As Whether You Win

One of Morton Blackwell’s immutable laws of politics is that all gains are increments; not all increments are gains.

Today’s society doesn’t prize virtue over value. Such are the pitfalls of a materialistic society that sees value as the highest and best good. Yet all value — whether it is money or pleasure — is a temporary gain. Value fades, money depreciates, victory spoils.

The benefit of history is that victory and values often persevere when linked to the good, the beautiful and the true. Call it Roger Scruton’s vision of a good society. Yet when we put winning over ever other thing? We really do become coarser, less refined, mundane, adulterated, vulgar and worldly.

Marlborough and Washington, Churchill and Reagan, all of the great men and women of history implicitly understood that good actions become good habits which become virtue and help create a virtuous society. Bad actions become bad habits which become vices and degenerate into a vicious society. One should have the maturity to know that the political left — detached from these things — would be the first to reach for the vicious in an attempt to seize victory. What should bother conservatives is when we choose to shelve virtue and behave like the left.

I’ll add two caveats to this. First and foremost, it should be recognized that Trump — for all his faults — taught the political right in this country that it is OK to fight back against the left. Second and perhaps less noted is that in the great debate between liberalism and illiberalism — the French-Ahmari debates over whether the right should use lawmaking as the left does to influence culture — that if we are to take the road to Averno and behave as our enemies, then at some point we become indistinguishable from what we claim to oppose. Perhaps this is embracing the friend-enemy distinction, but what is clear is that the left has indeed embraced this dynamic — and they hate us for it. If they do not hate us, then it is very difficult to see evidence for it given what they tolerate in the pursuit of tolerance.

The question Mitchell raises is whether we should embrace this dynamic.

The answer lies somewhere between Marlborough and Washington. Naturally, it is perfectly acceptable to fight back against the malevolence of the political left — Critical Race Theory, gender ideology, and cancel culture merely serving as the most omnipresent forms of the disease. Yet where we may offer ourselves a bit of pause — and where I think Mitchell is overwhelmingly correct in her application of sandpaper — is that the how is just as important as the why.

That doesn’t mean we shouldn’t fight back. But it does mean that we don’t have to succumb to the degeneracy and mendacity of the mob in order to defend the things worth defending in this world.