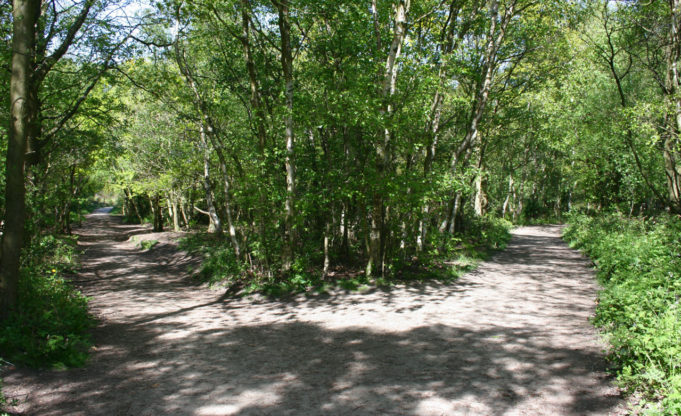 No topic has been debated more over the millennia than that of freedom and free will. Are we free, or are our actions predetermined?

From Socrates to Sartre, philosophers have wrestled with the concept. Some have held deterministic views – in which we are incapable of any true freedom; any concept or manifestation of it is nothing more than an illusion. More recently, however, the dominant philosophy seems to extol the virtue of freedom above all else. Not just freedom in our actions and transactions, but in the expression of our identity. It is the concept of existential freedom that allows – rather, it demands – an individual to pursue an authentic identity against the tide of social influences, or even biological predestination.

Various thinkers have given different definitions or systems of free will, but they are summed up nicely by the Oxford English Dictionary, which defines it thus:

“The power of an individual to make free choices, not determined by divine predestination, the laws of physical causality, fate, etc. Also: the doctrine that human beings possess this power and are hence able to direct and bear responsibility for their own actions.”

A simpler and shorter definition – not as precise, but retaining the spirit – comes from Merriam-Webster: “the power of acting without the constraint of necessity or fate; the ability to act at one’s own discretion.”

What this implies – and what virtually every other definition implies – is that if one accepts that our will is free, we are unconstrained by any boundary; we have the capacity to determine for ourselves what is the proper course of action; we have the right to determine our own future.

Take this definition at face value, and its absurdity becomes clear in an instant.

And I think any serious thinker knows this. But they use freedom and free will as a shorthand for describing our capacity to engage choices within the realm of possibility.

What is possible – what we may do within pre-established boundaries (like the law of gravity, the laws of motion and thermodynamics) – is an extremely important variable to the concept of freedom. Of course, there are things that are theoretically possible, but are impossible in current circumstances (like my freedom to purchase a new Rolls Royce). But that is not the notion of possibility that is crucial to the concept of free will. What is crucial is the idea of possibility that restrains ultimate freedom.

we must remember that we are constrained; we are not absolutely free.

Kevin Aho, in his book, Existentialism: An Introduction, notes correctly along with Sartre that freedom is “the defining feature of existentialism.” He explains, “there is no pre-given nature or ‘essence’ to human existence because ‘existence precedes essence.’ That is, we make or create our own essence on the basis of our ongoing choices and actions. Who we are is not determined by any underlying characteristic that we are born with. It is, rather, up to the individual to shape his or her own identity by choosing certain projects and taking action in the world.”

Sartre put it more succinctly when he said, “freedom is what you do with what’s been done to you.”

We cannot violate the laws of gravity; we cannot comprehend the validity and rationality of a proposition that includes “A” as being “non-A” at the same time and in the same relationship. We cannot justify the calculation that 1 + 2 = 4. We are trapped inside of the kingdoms of physics and logic.

So we are not truly free. We operate within the walls that these actualities external to our subjective existence have built for us, and it is within these walls we may do what is possible. And perhaps we may indeed there operate freely, but we must recognize there are boundaries that do constrain our absolute freedom. In that sense, we cannot deny a predestination of the negative, that is, our actions are predetermined to remain within the finite permutations of what we can do, not the infinitude of what we wish to do.

If to exist as a human is to be free, then our essence as a human can likewise be defined by what limits our freedom. The essential human is distinguished from the essential eagle. In other words, I may identify as a rock, but I may never be a rock. To deny this, one must fundamentally change the classification standards and definitions of humans, eagles, and rocks.

This principle of possibility also applies to the moral laws. Unlike the laws of physics and logic, however, we are trapped outside the fences of the laws of morality. The Reformed or Calvinistic tradition recognizes that mankind may not perform any deed freely (that is, without external influence) that merits eternal moral justification in the eyes of God. Our own righteousness is as filthy rags, and we are slaves to sin. No matter what we do outside the fence, we cannot enter into the Kingdom of God. It is only by grace we can enter into this Kingdom. Outside the Kingdom of God, we are condemned to live for our own indulgence, our own passions, and our own priorities.

The overwhelming message of philosophy today is to exercise the freedom to “be yourself,” however you define it. But we must remember that we are constrained; we are not absolutely free. And if we look honestly at our own existence, we will recognize that our essence is one determined not by our subjective freedom, but by our inherent inability to violate physical and metaphysical laws, and our inherent inability to comply with the fundamental moral requirement perpetually to love the LORD our God with all our heart, mind, and strength.

(For more on free will and the moral law, see RC Sproul’s treatment here.)