Home News How Many Times Does The WaPo Have To Get Burned On Anonymous... 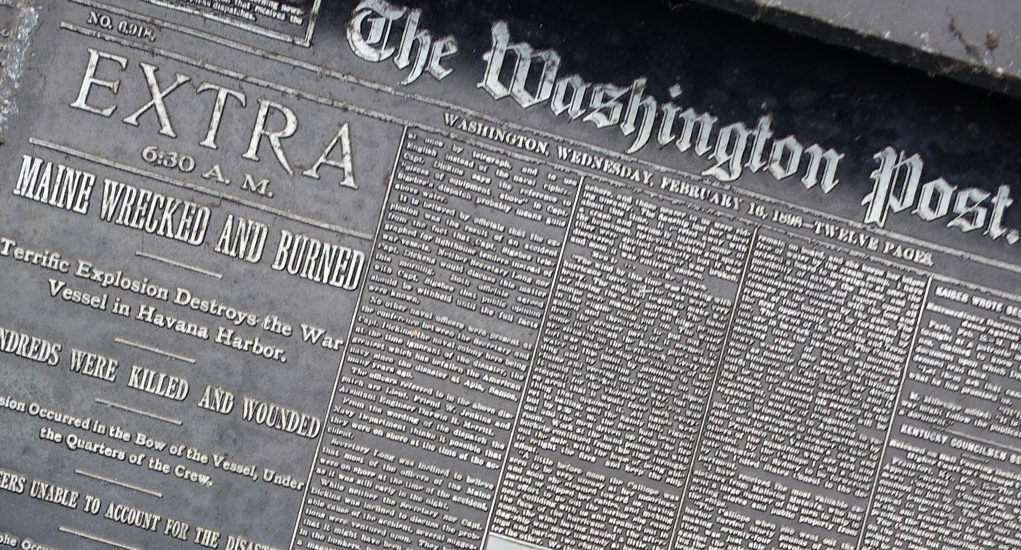 We are trying very hard not to beat up too badly on our friends at the Washington Post, all of whom we believe are skilled writers who can generate excellent journalism when they choose to do so.

In the middle of campaign season when the bias so patent?  It becomes a bit more difficult to justify when headlines such as these (which are deadly accurate):

…get watered down into headlines such as these:

Forget for a moment that black progressives, liberal digital journals, and just about everyone in America is equal parts baffled and offended that the embattled Democratic ticket of Ralph Northam and Mark Herring didn’t stick up for their lieutenant governor nominee against the granddaddy of all special interests — Big Labor.

Why isn’t there any real attention paid towards the deep fissures within the Democratic ticket?  Why the effort to “balance” it out with knocks on Jack Morgan days after the Northam-Herring ticket removes their running mate from flyers?  Jason Johnson over at The Root puts the entire unseemly business into words more refined than we ever could:

After centuries of black erasure, today’s white candidates know that you must be seen talking to, shaking hands with, dapping or dabbing with some random black person in a commercial, at a rally or in a poster for symbolic purposes.

Even Donald Trump knows that.

Apparently Democrats in Virginia don’t. The state party agreed to snatch African-American lieutenant-governor candidate Justin Fairfax off of a campaign flyer and to feature only the white statewide candidates. Then the party turned around and blamed Fairfax for his own removal. Proving once again that no matter how supportive black people are of them, these Democratic pols ain’t loyal.

Which is what makes the Vozzella article regarding the so-called departure of Pastor Jack Morgan from the Gillespie campaign so odd.

Morgan has told associates that he quit the Gillespie campaign but will continue to work for Vogel, according to the three Republicans, who spoke on condition of anonymity because they were not authorized to discuss the matter.

Told associates? Unfortunately, none of these associates would go on record to confirm any bit of the story.  Yet just hours after that story posted, Pastor Morgan took to Facebook, writing:

#fakenews Was away from my phone several hours today training (it’s what I do when I’m not politicking) and found out there was a story about me in WAPO. I had already told them “I continue to work to ensure the entire Republican ticket wins on Nov 7.” I work for Gillespie still and we can’t let anything stop us from electing Gillespie, Vogel & Adams. There are lots of reasons but a few are gun rights, monuments, history, MS 13, jobs, taxes and most importantly to me, President Trump! Ralph Northam called my President horrible names and will fight him every step of the way and the Democrat ticket is imploding. Ed has repeatedly said he will work with our President to improve the lives of all Virginians and our ticket is getting stronger every day! That’s why I continue to work for Ed & Jill & why we all have to do everything possible to get Ed, Jill & John elected.

That meant Vozzella and her editors at the Post had to update their “scoop”:

Sadly, this has been a pattern for the Washington Post’s Vozzella during the course of the Virginia gubernatorial campaign, using anonymous “sources” who end up trading the Post’s reputation for political points.

Last week’s edition?  Vozzella had this astonishing headline: “Corey Stewart in talks to endorse Gillespie at urging of Trump allies Bannon and Bossie.”   Yet as we quickly pointed out then, Corey Stewart had already endorsed Ed Gillespie in back in June 2017.

And last summer, Vozzella reported on a White House meeting involving representatives of the Gillespie campaign and the Republican Party of Virginia — also built completely off of anonymous and unverified sources.

Obviously, every journalist relies on a network of sources — some of whom go on the record, others who hang back and speak on background.  Within this narrow space of journalistic ethics lies the ability to nab the big story, the “scoop” for which most reporters live for.

Yet when the efforts to pry out the big story are directed almost unilaterally at one candidate, one campaign, one party, one effort, one worldview, one cause — then one begins to wonder.  When the biggest story of the month is broken on the pages of a “conservative media outlet” (yet never linked to or credited) but not merely ignored by but altered by the Washington Post — reliable sources for news run thin.

For instance, the Richmond Times-Dispatch has assiduously followed the Fairfax-Northam dust up, even with further revelations today:

Also: Northam says the question of why his campaign omitted Justin Fairfax from a flier is between Fairfax and the union. Not so.

That seems rather important, does it not?

If modern media is simply to be a series of dueling monologues, then let’s dispense with the pretense of objective media and just go to war.  The opposite of this shouldn’t be dry narratives striving for stoic objectivity either… yet within journalism and opinion writing, there should at least be a degree of honesty.

Anonymous sources don’t operate within those boundaries.  Again, once is happenstance; twice, coincidence.  But three bad stories on flimsy evidence?