If you were wondering whether the cavalry was coming?  It has arrived indeed bearing seven-figures of advertising and a ton of direct mail and grassroots activity.

“We’re confident that this renewed effort over the coming weeks will help us share Northam’s record to Virginians, and they won’t like what they hear. From backing tax hikes to the bad deals with taxpayer dollars, Northam’s fiscal policies would make life more expensive for households across the state.

“When it comes to expanding education opportunities for students who need them most, Northam has been a decisive voice in blocking the path forward.

“Virginians simply can’t afford a governor with Northam’s record, and we think they’ll agree as they hear our message on the phone, at the front door, or online.”

Northam’s removal of fellow Democratic ticket mate Justin Fairfax from campaign flyers was only made manifestly worse by the fact that Northam refused to hold hands with the candidate at the Obama rally this Thursday, placing between them instead Democratic Attorney General Mark Herring. 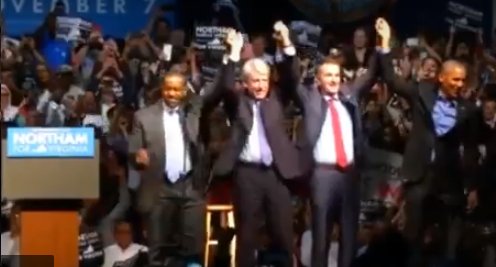 Things really are that bad, folks.  Here’s the picture in hi-res courtesy of the Justin Fairfax campaign: 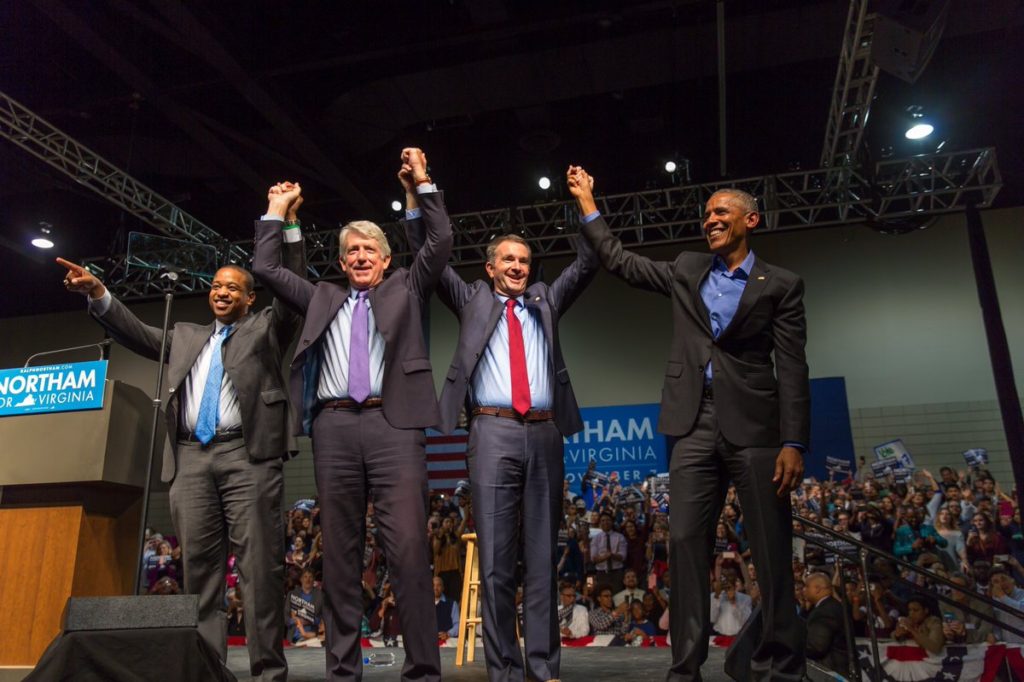 Man is that awkward.

More importantly for the Republican side of the fence, the announcement that AFP is willing to commit seven-figures to Gillespie’s race means that their internals are showing that the race isn’t just winnable — but achievable.