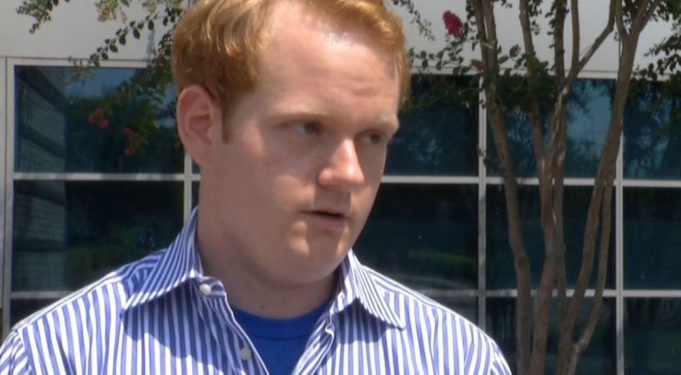 The grassroots ain’t what they used to be, at least for Virginia Democrats.

Del. Chris Hurst, D-Montgomery, took to Twitter on Monday to thank Democrats for their patience with his begging — a necessary evil, since they lack big donors.

“To all of you who endure endless fundraising emails and tweets from Dems because we don’t have the Koch Brothers funding our campaigns I say thank you and give you this moment of pure tender joy,” he tweeted, sharing an animation of a cat playing a flute.

It’s true Democrats like Hurst aren’t getting money from their favorite corporate whipping boy, but they are getting giant checks from other donors.

Hurst in particular has been known to cash some big donor gifts.

Steyer has pledged $1 million to help Democrats win in November.

Just last week, Democrat financier Frederick Schaufeld of Leesburg sent “Win Virginia” a Democrat PAC, a check for another $70,000 —bringing his total to more than $145,000 for the cycle.

Democrat Michael Bills, a former financier and anti-Dominion activist, has poured more than $750,000 into Democrats campaigns and PACs, including $305,000 into his own “Clean Virginia” PAC.

Democrats had been counting on Governor Ralph Northam to lead the charge on fundraising as is traditional for executives during their mid-term elections.

But Northam, Lt. Governor Justin Fairfax, and Attorney General Mark Herring have all been hobbled by scandal with fundraising coming to a virtual halt after Northam and Herring admitted to appearing in blackface and Fairfax accused of rape by two women.

Virtually all Virginia Democrats called for Northam to resign, but a significant number have begun to take his money.

“Democrats have a little over 4 months to change the house of history in the Commonwealth and flip the Virginia General Assembly… It’s all hands on deck,” he told Gray TV’s DC bureau.