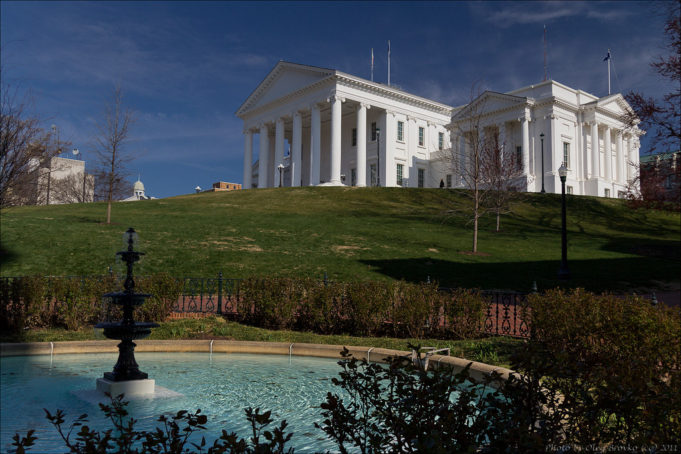 A limited program of no-excuse early voting could be coming to the Commonwealth as legislation passed by the General Assembly would create a seven-day window prior to an election in which voters could cast ballots in person without having to give an excuse. The bipartisan, bicameral push currently has a delayed enactment date of November 2020, but one Democrat is hoping that the bill is amended for it to be effective this election cycle.

Under current Virginia law, voters must present a reason for their absence at the polls on Election Day before being approved for an absentee ballot. Permissible excuses allow absentee ballots to be mailed or issued in person to anyone who will be attending college, on active-duty military service, traveling, or is incapacitated by a disability or illness on Election Day.

With absentee voting beginning 45 days before an election, H.B. 2790, introduced by House Majority Whip Nick Rush (R-Montgomery), would create an in person, no-excuse absentee window starting on the second Saturday before an election and ending at 5 p.m. on the Saturday immediately preceding the election.

In a report from the Richmond Times-Dispatch, Delegate Rush said limiting no-excuse absentee voting to a short window just before the election would allow voters to have as much information as possible before they cast their ballot.

“You have October surprises all the time,” he said.

An identical bill in the upper chamber, S.B. 1026, patroned by State Senator Lionell Spruill (D-Chesapeake), would make the enactment date consistent with the November 2020 General Election. The delayed enactment date will be used to give the Virginia Department of Elections and other officials and localities more time to prepare for the fiscal and logistical impacts of the measure.

However, Delegate Mark Sickles (D-Fairfax) said that he hopes Governor Ralph Northam (D) will move to amend the legislation so that it will take effect for the election this November when all 140 seats in the General Assembly will be on the ballot.