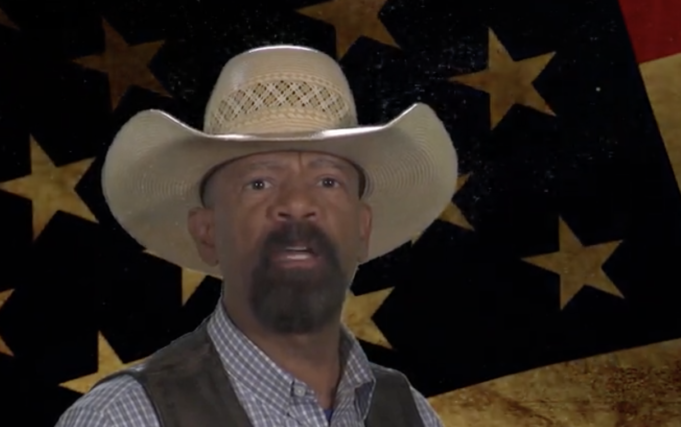 Clarke partnered with The League for Law Enforcement to activate a grassroots army as election season kicks into high gear.

The objective, as outlined in his email to supporters, is two-fold:

Radical leftists in Congress are fighting to undermine both, buoyed by progressive activists. They are determined to see gun control signed into law before a potential red tsunami crashes into Washington.

Republicans may have the edge in the race to reclaim the Legislative Branch. However, Democrats are relying on a tried and true strategy to cling to power.

Their tactics come straight from the Saul Alinsky playbook “Rules for Radicals.”

“Realize that putting more cops in schools actually may be a form of endangering our students as well — for the students that don’t have the privilege of having my skin color, or the fact that I am an American citizen,” Hogg proclaimed, in a lecture to the audience.

The Democratic-ruled U.S. House has already passed a bloated gun omnibus bill containing six proposals that would not have stopped the Uvalde massacre.

Although the Protecting Our Kids Act faces daunting odds in the U.S. Senate, the left maintains constant pressure on Republican senators by utilizing ridicule, conflict, power and fear — all of which have a greater impact than ideas on people.

For the left, politics is a full-time profession. Make no mistake, their campaign to create a new system won’t end on Election Day 2022. Even if the GOP cruises to victory on Nov. 8.

Fortunately, Sheriff Clarke and The League know the most important lesson for fighting back: playing offense.

The League’s ads counterattacking the radical left are running on Fox News and Newsmax to act as a clarion call. Ultimately, complacency is the biggest threat right now to the conservative movement.

President Biden knows this. Motivating his base is the only strategy left that might save his party from a midterm thumping. That’s why he’s telling gun control advocates to keep marching. It’s also why the White House refused to condemn protests outside conservative Supreme Court justices’ homes, despite its blatant illegality — and the foreseeable assassination attempt against Justice Brett Kavanaugh.

Biden understands that Democrats can still win this election. If they do, the far-left will continue to push for outlawing and confiscating firearms from law-abiding Americans under the guise of doing anything to protect innocent children.

“I’m sure I don’t have to tell you that this is a fight we cannot afford to lose,” he stressed.

The Democrats’ war on cops and brazen disregard for the Bill of Rights may seem routine. But the reality of two more years of unchecked Democratic rule would be untenable.

And as Clarke asked in an ad for The League, “If voters don’t hold Democrats responsible for their disastrous policies, who will?”

Expect Clarke and The League’s vocal opposition to the leftist agenda to intensify through Election Day. And their commitment to liberty and law and order to continue long after.

The only question is: will you join them?