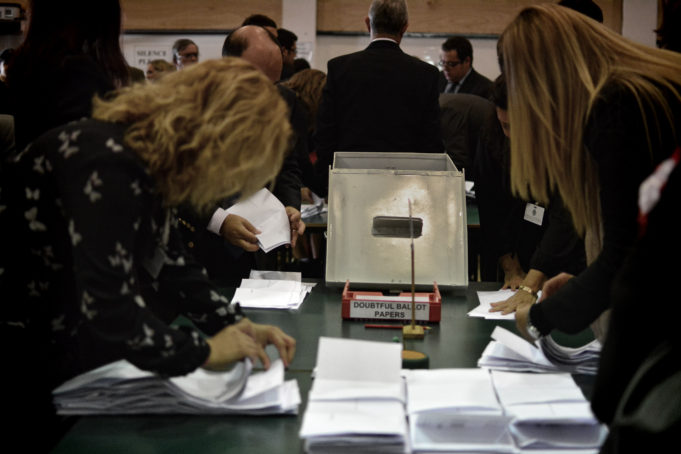 State Senator Bryce Reeves (R-Spotsylvania) is leading in the latest fundraising reports in the VA-07 GOP primary. In reports earlier this spring, Derrick Anderson led the field, showing him to be a serious contender, but Reeves is now at $680,511, while Anderson is at $599,324, according to data compiled by The Virginia Public Access Project.

Reeves’ campaign manager Jimmy Spinella said in a press release, “There is no surprise in seeing the fundraising match the polling. We are so grateful and thankful for all of our supporters. They understand that there are two people running for Congress in the 7th Congressional District, Bryce Reeves and Abigail Spanberger. It’s time for us to unite as a party, and focus on our goal of winning this November.”

The latest reports cover the period up to June 1.

Stafford Supervisor Crystal Vanuch has raised $517,873 — not much more than the $483,589 she reported previously, which includes $400,000 in self loans. Prince William Supervisor Yesli Vega has narrowed the gap between her and Vanuch. In the latest reports, Vega’s total fundraising is $506,021.

Earlier this week, elections forecaster Joe Szymanski found details from a VA-07 GOP primary poll. Of the top four candidates, Reeves leads district wide, with 20.56 percent support, followed by Vega with 19.10 percent, Anderson with 14.41 percent, and Vanuch with 5.37 percent. Clout Research conducted the poll among 557 likely GOP primary election voters from May 28-31, and the poll has a plus-or-minus 4.12 percent margin of error.

Clout called the race “evenly split” between Reeves and Vega.