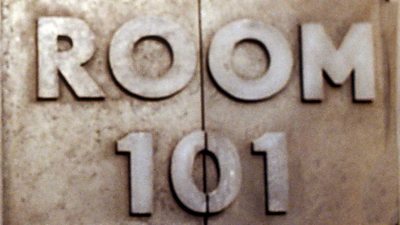 “O cruel, needless misunderstanding! O stubborn, self-willed exile from the loving breast! Two gin-scented tears trickled down the sides of his nose. But it was all right, everything was all right, the struggle was finished. He had won the victory over himself. He loved Big Brother.” — George Orwell, 1984

Much has been made in recent weeks of Ralph Northam’s return from the brink to sought after political endorsement. It’s a radical story of political survival, to be sure.

The progressive left likes to show off Ralph as a project they’ve completed. Look how this awful man saw the light and is now engaged in rightthink and no longer doubleplus ungood crimethink.

Newspeak is appropriate here, because Ralph’s story isn’t one of redemption. Rather, it’s a story of a man broken by the Party and being made into something new.

Ralph Northam entered Room 101 the day the yearbook photos came out, and he didn’t emerge completely until he sat down with the New York Times a few days ago. And as Winston Smith learned, the contents of Room 101 are always your worst fear.

In this case, it wasn’t rats. It was being branded a racist for the rest of his life and having his governorship become a punchline. And so when the mob descended upon him, faced with the permanent excommunication from the Clique of Eternal Moral Superiority, he caved.

I’ll do whatever you want, he screamed figuratively, just don’t brand me a racist. And so the members of the Inner Party began their work of conversion, taking this broken shell of a man under their scabrous wings to mold him into the perfect progressive they always wanted him to be.

The results have been hard to miss. An administration that won’t condemn those rioting and burning Richmond, but adopts every new left-wing buzzword policy that flits in the window from academia and the lofty ivory towers of D.C. think tanks. Police, not criminals, become the enemy. Killers walk free while drug dealers move to the front of the line to sell marijuana.

Overnight, the diversity industrial complex became an entrenched presence in the Patrick Henry Building, as each and every facet of government is scrutinized under the popular microscope of the moment. Equity replaces equality, and simply treating others as you’d have them treat you becomes verboten.

The two-minutes hate must be practiced against all who do not embrace the party and the new order. Only when the results began to trickle into our schools — and parents began to take notice — did the pushback by everyday men and women begin.

Two years on, the Inner Party is pleased with what they’ve done with the broken remains of Ralph Northam. But they weren’t ready to let him out of their sight just yet.

The New York Times, playing their regular role as the members of the Inner Party and enforcers of orthodoxy, sent an examiner to be sure that Ralph’s two gin scented tears in the Chestnut Tree Cafe were real.

I want to be clear. You’re saying this wasn’t a horse trade of politics, but that you changed personally and that was reflected in your policy priorities?

I meet with my cabinet every Monday morning. And I made it very clear from when this happened that we were going to work on equity and take what we learned and turn that into action.

Isn’t that rather a painful admission? That it took that moment of racist scandal for a Democratic governor to make racial equity a top priority?

Yes, I would have liked to have understood all this when I was, you know, sworn into office, but it wasn’t like that. I went to integrated schools from the sixth grade on, and I was actually a minority. I knew there were people that didn’t have rides after school when we practiced ball and we’d give them a ride home. And my mother and I, we used to go around and make sure people have something to eat on holidays. But the history, the 400 years of our history, I’ve learned a whole lot of that stuff, which I wish I would have known, since February of ’19.

Now, having slowly traced 2+2=5 on Patrick Henry’s desk, Ralph Northam has won the victory over himself eternally.