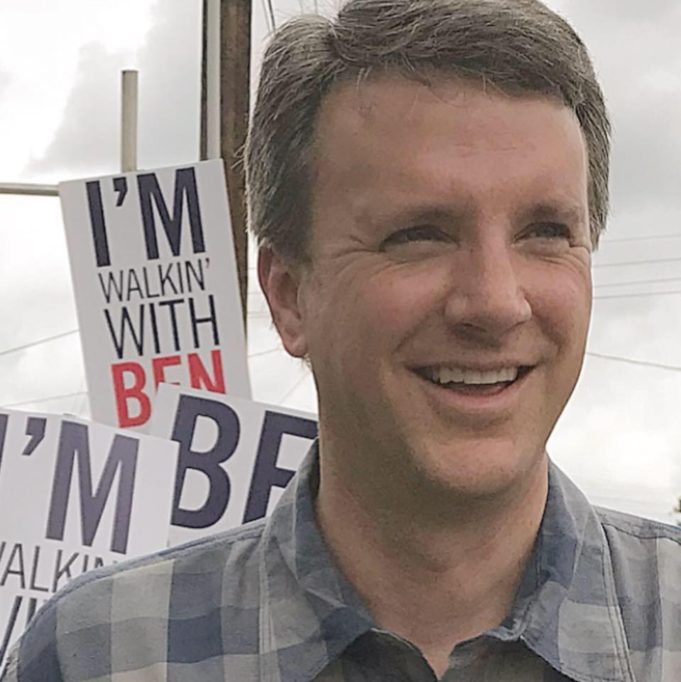 In a letter to U.S. Secretary of Transportation Pete Buttigieg, Representative Ben Cline (R-VA-06) said guidelines for funding from the bipartisan infrastructure bill will “hamstring funding for traditional infrastructure such as roads and highways” by favoring public transit, renewable energy, climate resilience, electric vehicle infrastructure, and other projects.

“During a time of 40-year high inflation, a crippling supply chain, and higher prices of goods and services, the Biden administration is prioritizing infrastructure funds for Green New Deal projects over highway expansion,” Cline said in a Tuesday press release. “Americans need transparency from this administration to ensure their tax dollars are being properly used.”

In December 2021, the Federal Highway Administration (FHWA) issued guidance on how to prioritize funding from the legislation.

The guidance says funding should focus on projects that improve the condition, safety, and resilience of roads and bridges; promote safety for all road users; make streets and other facilities compliant with the American Disabilities Act; address environmental impacts like stormwater runoff and greenhouse gases; prioritize climate-change-resilient infrastructure; use new technology like electric vehicle charging stations, renewable energy, and broadband in rights-of-way; and include disadvantaged groups in planning stages.

Cline’s letter calls for an update on that guidance and focuses on one section regarding highway expansion.

The guidance states, “This Policy prioritizes projects that move more people and freight by modernizing and increasing the operational efficiency of existing roads and highways over projects that expand the general purpose capacity of roads and highways. Consistent with this Policy, FHWA will implement policies and undertake actions to encourage—and where permitted by law, require—recipients of Federal highway funding to select projects that improve the condition and safety of existing transportation infrastructure within the right-of-way before advancing projects that add new general purpose travel lanes serving single occupancy vehicles.”

“Application of this Policy does not prohibit the construction of new general purpose capacity on highways or bridges, but in most cases Federal-aid highway and Federal Lands funding resources made available through the BIL should be used to repair and maintain existing transportation infrastructure before making new investments in highway expansions for additional general purpose capacity,” the guidance continues.

Cline’s letter states, “This policy puts projects that would expand highway capacity at the back of the line for approval and discriminates against communities that rely on surface transportation—rural communities in particular. Further, while the guidance exempts projects favored by green special interests such as bicycle lanes from any further NEPA [National Environmental Policy Act] approvals, it singles out highway capacity projects for ‘… more scrutiny under NEPA.’”

“The American people deserve to know if President Biden is using taxpayer dollars to secretly implement liberal green new deal policies. I am glad to partner with Congressman Cline to protect taxpayers and demand transparency from this radical administration,” Banks said in the press release.