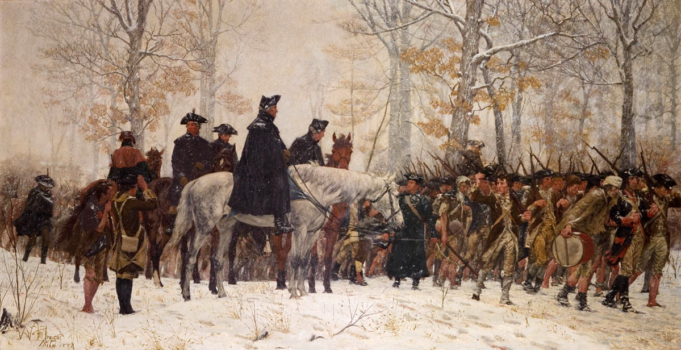 After any electoral loss, regardless of its magnitude, it is understandable for the losing side to be discouraged. And while this past election cycle was an extreme example, we cannot afford to sit and dwell in defeat.

In any other year, Virginia’s Republican activists would already be dusting off the gloom of the past election as they gear up for the next cycle. But this year, for many in our party, looking ahead to Election Day 2018 is just as discouraging as looking back at Election Day 2017.

Despite the primary being 6 months away, many activists within our ranks have already conceded in their minds the Republican nomination for U.S. Senate to Corey Stewart. Even the ones that cannot bear the thought of nominating such a divisive, inflammatory, and dysfunctional candidate, far too many Republicans are ready to throw in the towel and consider it inevitable.

But this cowardice doesn’t bother me nearly as much as the condescension I’ve received every time I mention the possibility of another candidate jumping in.

While I am fully aware of the immense challenges Virginia Republicans are facing, I couldn’t disagree more with the defeatist rationale I’ve been hearing.

Of all the obstacles Virginia Republicans now face (i.e. the present political climate, changing statewide demographics, Donald Trump, Corey Stewart, etc.) none of them is more detrimental than our own complacency. As the saying goes, “When you can’t change the direction of the wind, adjust your sails.”

We cannot sit idly by and allow circumstances to dictate the direction of our party. Instead of allowing the obstacles we face define us, we need to stand up and fight. In the ashes of defeat, we have an opportunity to build a stronger, more focused, and more principled Republican Party.

Yes, it will be hard. Yes, it will take time. Yes, the odds are stacked against us. But nothing is impossible.

You will never win if you refuse to play. Practice makes perfect, after all. And don’t forget… it wasn’t too long ago that many of us were laughing at a candidate we knew would never win. He is now President of the United States.

We will never turn Virginia red again if we stand down and refuse to fight. We need to stop conceding districts and races we consider to be unwinnable. Because while some contests may seem unwinnable now, they don’t always have to be. But we create a self-fulfilling prophecy each time we refuse to at least try.

It is never a pleasant experience to be underestimated by others, but it is far worse when we underestimate ourselves. I’m underestimated all the time, but I’m not letting that stop me from working towards the causes I believe in.

Looking back on the past year we’ve had with MAC-PAC, it’s strange to imagine how different the past year of my life would have been had we listened to the cynics. If we had, we wouldn’t have held our statewide tour of college towns, hosted the first debate of the 2016 statewide Republican primary, or held a policy event at the White House.

“The people who are crazy enough to think they can change the world are the ones who do.”

Never forget that our country was founded by a bunch of young, underestimated patriots who decided to take on the richest and most powerful empire in the world. America exists today because our founding fathers refused to accept the inevitability of their own defeat. They didn’t retreat, and neither should we.

Republicans do not retreat.  We advance.