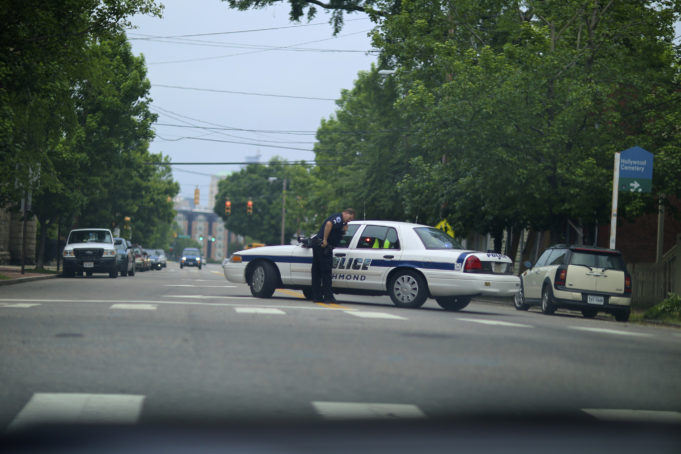 The City of Richmond saw both a drop and increase in certain areas of crime in 2017. On Thursday, Richmond Police Chief Alfred Durham held a press conference to address last year’s crime statistics and put forth a plan to address criminal activity in Virginia’s capital city, according to NBC 12. Although Richmond is a long way from its crime-laden streets of the 1990’s and early 2000’s, there still is work to be done to ensure the city’s residents are safe.

For the current statistics given, there was a two percent decrease in violent crime in Richmond over the past year. In 2016, there are 1,306 instances of violent crime, compared to 1,208 in 2017. The numbers for rape were down by 27 percent and reported robberies fell by seven percent. However, homicides rose by approximately three percent from 60 to 65 from the previous year and aggravated assaults increased from 643 to 664 in 2017. Moreover, the amount of people shot in Richmond in 2017 was 234, up 19 from the preceding year, according to Richmond’s police chief.

Durham said during the interview that things are being done by the members of the police department, in tandem with City Hall and other government officials, to mitigate crime among the city’s youth. He is sending officers to speak with young people at the Juvenile Justice Center at least once a week. He claims “conversation” can produce results. The police chief explained that young people need to understand that, “we’re [police] are not the bad guys.”

Richmond’s police chief also wants to change the narrative about the police when it comes to those that commit crimes and throughout the community. He said, “Without us [police] where would society be, where would this city be?” Durham is looking to all facets of city administration to curb crime and ensure Richmonders live in a non-violent environment.

In 2018, initiatives are being taken to decrease drug related crimes, according to the police chief. Durham outlined the Recovering from Everyday Addictive Lifestyles (REAL) program that is set to solve the problems related to drug abuse the crimes stemmed from addictive lifestyles in Richmond. Virginia’s capital city has seen a rise in victims of the national opioid crisis.

During Mayor Levar Stoney’s “State of the City” speech earlier this week, he responded to Richmond’s crime outlook. “It breaks my heart every time a life is lost to violence in our city,” he said. For the near future, Stoney told the crowd he is adding more resources to the city’s programs for crime deterrent. Currently, the police department now has a “sworn authorized strength” of 750 officers. Moreover, the police department will seek to add five civilian Community Outreach Coordinators to Richmond’s Community Youth and Intervention Unit. This addition is planned to ramp up response in high-crime communities around the city in effort to respond to the needs of Richmonders and coordinate with city departments and social services.

Richmond police have also agreed to release their crime data to the community beginning next month. The data will be used to show the use of force by the police department and the type of complaints made to officials. Furthermore, they will also make available the information regarding racial and gender-based community members that have experienced force from police and the filed complaints, therein. The incidents responded to and the neighborhoods in which they occurred will also be published and made available to the public. According to reports, Richmond police wish to “strengthen police accountability,” through more transparency.

In addition to an increased law enforcement presence throughout the city, the mayor stated the Richmond Police Department will launch the One Richmond Combined Interdisciplinary Team, set to bring together, “key representatives in local, state, and federal government to address violent crime. Supplementary to the city-led program, Durham said during his address that he is looking to partner with members of the community to address the city’s crime. “Partnership is what it’s all about,” he added.

As for the crime increase in Richmond’s public housing projects, Mayor Stoney has called for a new direction in light of the woeful conditions and poor management of the Richmond Redevelopment and Housing Authority (RRHA). Last week, Director of RRHA T.K. Somanath resigned amid a controversy that has left many in public housing without heat and in “unacceptable” conditions.

Nevetheless, Mayor Stoney proclaim that, “the state of our city is strong,” in his Tuesday night address. 2018 will be a year where city officials, state and local law enforcement, and the community at-large is set to be better equipped to create an improved response to Richmond’s problem with violent crime.