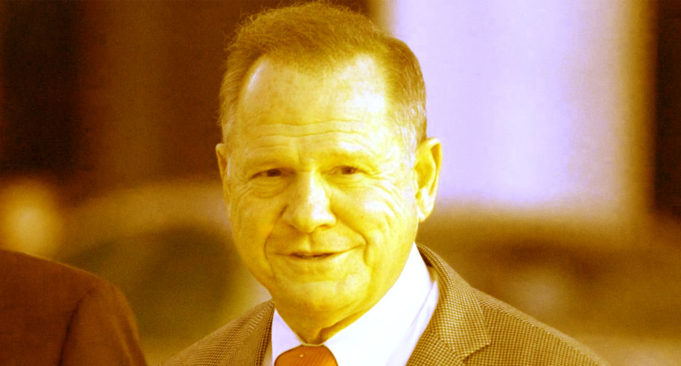 Trump had been widely criticized for waiting to comment, especially given his habit of firing off tweets within minutes of seeing something on television.  But given his lengthy trip to Asia – and that many of the same critics often complain about him speaking too impulsively – some delay was understandable.

Unfortunately, the extra time did not prevent the president from falling into a regrettable trap: the belief that tolerating Moore’s moral failures is worth the political benefits.

Those benefits will be meager, and they may never exist at all.

The first sentence from the president’s statement was the most important: “I can tell you one thing for sure:  We don’t need a liberal person in there, a Democrat — Jones.”

Trump went on to note that Moore “gives a total denial” to the allegations – which is not the case – and acknowledge that many of Moore’s accusers were Trump voters.  But it was the first sentence that answered the most meaningful question: whether Trump would pull his endorsement.

The president didn’t get into detail about his thought process, but it isn’t difficult to see the reasons.

Three GOP defections are currently enough to kill any legislation or nomination in the Senate, a small number in the best of circumstances and an often fatal one given the friction between the populist and conservative wings of the Republican Party.  Kellyanne Conway, who flipped from harsh condemnation of Moore to tacit support of him, was explicit about the importance of his vote for passing tax cuts.

If Roy Moore loses, that kind of major achievement is much less likely, and the once-distant prospect of Democrats regaining control of the Senate a year from now becomes more realistic.

The appeal of avoiding these complications is clear.  But there is always a short-term appeal to bad decisions – that’s why people make them in the first place.

Sometimes that temptation comes in the form of personal gratification, but sometimes it takes the shape of political success.  Both of these are ultimately fleeting, however, as the moral and practical consequences which were temporarily pushed aside inevitably come back to the fore.

The moral case against Moore is straightforward — he habitually pursued relationships with high-school students as a grown man, in his thirties, who occupied a position of considerable local power.  He is accused of instigating sexual contact with at least two of these girls, neither of which returned his interest.

Numerous other people have spoken about his penchant for hanging out at the local mall, alone, pursuing these girls.  Even if no crime occurred, his behavior and inability to answer for it should be disqualifying.

For Alabama GOP leaders and President Trump, holding the Senate seat is more important.  Yet the political ramifications from supporting Moore will cut strongly against us as a party, and they will carry far more weight than a single Senate vote.

Trump would immediately doom Republicans to years with a radioactive colleague.  The results of off-year elections in Virginia and elsewhere showed the possibility of a blue wave far beyond what pundits had previously thought possible, and those results were driven by a huge leftward swing of married women and those with college degrees.  More women are also running as candidates at all levels of government — and winning.

This movement may be supercharged by the revelations of sexual harassment that have swept through a variety of industries.  The fact that Hollywood features prominently in these allegations may be a nice talking point for talking heads, but the larger lesson is that women are fed up with having been harassed (or worse) and are increasingly unwilling to tolerate this behavior in their lives or from their leaders.  If Moore wins, he will symbolize this problem in a way Al Franken or Bill Clinton never will.

The sad irony is that we may end up with the scars of supporting Moore without the benefits of having another Republican in the Senate.  The accusations are so serious and well-documented that Moore’s poll numbers have dropped rapidly, and he may lose despite Alabama’s deep-red nature and tacit support from both the statehouse and White House.

Much has been made of the president’s reluctant support for anyone he thinks may lose, including Moore’s failed primary challenger.  This makes his refusal to pull his endorsement an even worse decision.  Because even if Moore were elected, support for him would make the president and his party the ultimate losers — both politically and morally.