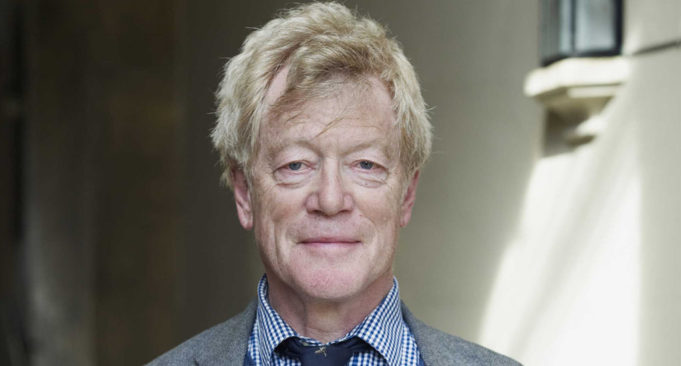 Conservatism should be a defense of government against its abuse by liberals.

Professor Mark Rozell at George Mason University pens for the Fredericksburg Free Lance-Star that Virginia Republicans need to look towards Maryland if they want to reverse their own fortunes:

Voting among educated whites in Virginia now resembles Maryland and Delaware, not the Carolinas or Georgia.

If folks want to know why Ed Gillespie came within a hair’s breadth of pulling off the upset against Democratic U.S Senator Mark Warner in 2014 only to run a near picture-perfect campaign and lose to now-Governor Ralph Northam in 2017?

This is how it is done.

The British philosopher Roger Scruton points a path forward.  Namely, that the mutli-decade old philosophy that argues government as the problem and not the solution doesn’t have to be flipped on its head in order to achieve some semblance of balance in our political institutions.

Rather, Scruton makes a converse argument, from the pages of the June 2014 edition of First Things:

Of course, to say as much is not to undermine the complaint against modern government, which has become too intrusive, too determined to impose habits, opinions, and values that are alien to many citizens, and too eager to place obstacles in the way of free enterprise and free association. But those effects are not the result of government. They are the result of the liberal mind-set, which is the mind-set of a substantial and powerful elite within the nation. The business of conservatives is to criticize the ones who are misusing government, and who seek to extend its remit beyond the limits that the rest of us spontaneously recognize. Conservatism should be a defense of government against its abuse by liberals.

Scruton argues for a widely expanded localism against what he terms as the “co-ordination” of a superimposing state or federal compact, or what acolytes of Pope John Paul II would instantly recognize as the tension between solidarity (the big things individuals or families cannot accomplish on their own) and subsidiarity (the smaller things individuals and families can do).

What our friends on the other side of the Potomac have figured out to a degree is that deep down, everyone is a moderate Republican.  Good schools, good roads, affordable health care, safe streets, and an environment where small businesses can operate and thrive — these are all good things, are they not?

Of course, the Maryland Tidewater and the Virginia Tidewater perhaps share in the bounties of the “Golden Crescent” that stretches from Baltimore to Washington to Richmond to Norfolk (and the Port of Virginia and beyond).

Yet Virginia has something that Maryland does not — western Virginia.  With local manufacturing being packed away to China, school populations dwindling and more expected of the commonwealth to shore up sagging local economies, Virginia Republicans must contend with a western aggregate that disproportionately lends the Virginia GOP a more regional flare.

Moreover, with the Republican Party of Virginia rewarding those parts of Virginia whose congressional districts vote Republican in presidential and gubernatorial years?  The mathematics of the body that selects the nomination method for statewide office leans very much towards a part of Virginia whose logic shares more in common with “old Virginia” — not New Jersey.

In the Golden Crescent and among younger Republicans in general, a more liberty-leaning dynamic is at play giving us candidates such as Denver Riggleman and Nick Freitas.

Meanwhile, the more populist-oriented orbit of the party is locked into the emotive that Donald Trump and Corey Stewart have tapped into — one that resonates not only in places where “creative destruction” of old economies have hurt in western Virginia, but in places such as Fairfax County where minority populations have exploded in recent years.

Finally, there is the contamination of the “alt-right” in Virginia political circles, one that leadership (for whatever reasons) have been very cool to recognize and even more reluctant to drive out of their own midst.

Yet Scruton’s observations about the future of the conservative movement are not necessarily at odds with Reaganism — conservatives should be defending the government against its abuse by liberals.  What’s more, conservatives should be looking at means of providing the social market required to allow the free market to thrive, and they should not wait for Democrats to “clean house” on their behalf in order to lead.

While purists may contend that such avenues — a pro-education GOP, investment in infrastructure, and the creation of a market-based health care exchange — may run at odds with libertarian orthodoxy, they run in perfect congruence with the sort of conservatism that Reagan, Goldwater, and Buckley espoused.

…and it sure beats losing.