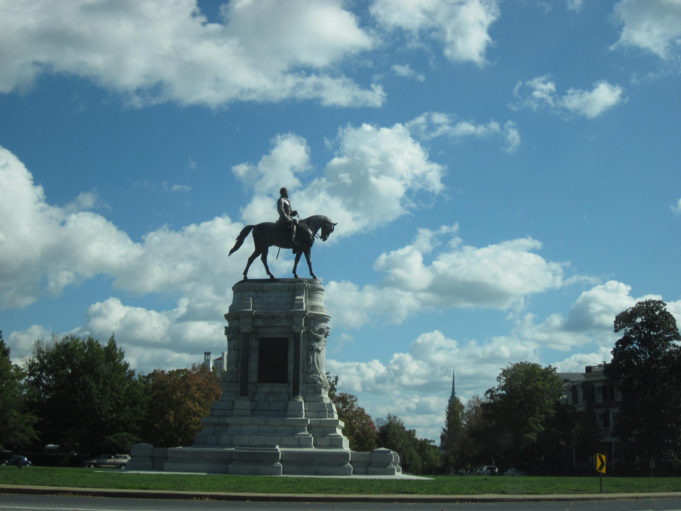 In Virginia’s capital city, the battle over the iconic Confederate statues on Monument Avenue is being forwarded as the Richmond City Council’s Land Use, Housing, and Transportation Committee voted 3-0 to send a new resolution – set to give the city control of the statues – to a full City Council vote among the nine members. A resolution was scheduled to be considered at the September 24 City Council meeting, but was postponed along with a list of other significant legislation.

According to the Richmond Free Press, Ninth District Councilman Michael Jones put off the vote on his carried resolution until at least October 8, the next time the council meets.

During the Monday meeting, a few council members shot down pleas from Confederate monument supporters to have the resolution voted down. Though, the committee voted to send the measure to the council without a recommendation.

“I’m pleased that it made it out of committee,” said Councilman Jones, the author of the legislation.

Previous calls against the Confederate Monuments were aimed at dictating to the General Assembly to grant Richmond City Hall the authority to remove the statues, but the new resolution is only to ask for the authority to determine the future of the monuments.

Jones has reiterated that it is not about “taking down statues,” but “giving the city the right to decide.”

Currently, the Confederate monuments on the five-mile stretch of the affluent neighborhood in Richmond are under state control, as are the ones outside the city center, and throughout Virginia. So are all other statues erected in honor of figures in other previous wars explained as legal in the Virginia Code.

Long-standing state law blocks Richmond or any other locality in the Commonwealth from removing statues, among other things without the statehouse first granting consent.

The Dillon Rule, which the Virginia Supreme Court adopted in 1896, is a legal principle that local governments have limited authority, only being allowed to pass ordinances only in areas where the General Assembly has granted clear authority.

If the council’s resolution is passed, one of the many Richmond-area legislators could sponsor a bill in next year’s General Assembly session. It is unclear of how that would fair in state legislature with a one member Republican majority.

Ever since the the violent rally Charlottesville in 2017, Richmond Mayor Levar Stoney set up the Monument Avenue Commission, which issued its report this July, recommending the removal of several Confederate statues, including the one erected in honor of Confederate President Jefferson Davis.