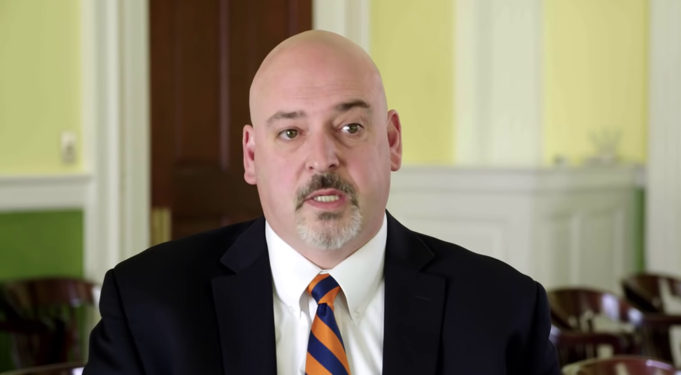 “As someone who has had the pleasure of practicing before Judge Hupp, I know what an exceptional jurist he has been, and I’m grateful to him for agreeing to return to the Criminal Sentencing Commission where we previously served together,” Gilbert said in a Monday announcement.

“The sentencing guidelines, which are discretionary, provide circuit court judges with a range of recommended sentencing options,” the site explains.

The commission is composed of 17 members often including figures like judges, legislators, and prosecutors. At least one member is required to be a crime victim or a representative from a victim’s advocacy organization. The Virginia Supreme Court chief justice, the governor, the Senate, and the House of Delegates make separate appointments. Governor Glenn Youngkin hasn’t had a chance to make an appointment to the commission yet, but two governor-appointed members’ terms are expiring in December, including Henrico Commonwealth’s Attorney Shannon Taylor. Youngkin will also appoint the replacement to Linda Brown, who, at the time of her 2021 appointment, worked with Restore Justice and was a Chesapeake special education teacher.

In Hupp’s previous term he was appointed by the chief justice, but that term expired at the end of 2018. In September 2018, Hupp also retired from his 26-year career as a judge, although he is still a substitute judge. Additionally, he served two terms as Shenadoah County Commonwealth’s attorney before becoming a judge.

“Judge Hupp retired with the respect and admiration of his colleagues and those who tried cases in his court on both sides. His fairness and commitment to the law speak to the kind of person he is, both inside and outside the courtroom,” Gilbert said in his release.