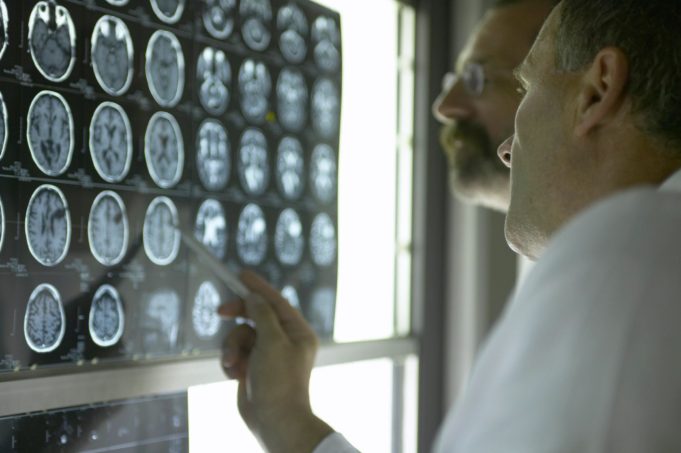 The ins-and-outs of health care policy in the United States are complicated and complex, and when one throws in the added bonus that we truly don’t have a free market health care system in America thanks to a bill championed by President Ronald Reagan?

So let’s take a quick look at the Graham-Cassidy Medicaid bill.  Much like the previous attempt to do Obamacare reform, this one has some promise… but it still punts on the tough questions — and when those questions become $1.2 billion sized holes?  That’s a problem.

Many aspects of the Graham-Cassidy proposal are similar to the previous Senate repeal and replace vehicle — the Better Care Reconciliation Act (BCRA).

A couple of procedural notes follow.  The clock is ticking to pass this proposal with a 50-vote majority due to a ruling by the Senate Parliamentarian that the 2017 reconciliation instructions are only valid until the end of the federal fiscal year (Sept. 30).

If a vote doesn’t occur by then, the Senate has to proceed under regular order — that’s the 60 vote threshold.  So all sorts of things are getting swept under the rug in order to get the bill workable (Planned Parenthood defunding, for instance).

Now to proceed under reconciliation, the Congressional Budget Office (CBO) must produce a new score of the legislation. The CBO has reportedly has said  that it will release a preliminary assessment of the proposal early next week but that a detailed analysis of the legislation’s potential impact on American health coverage or the federal deficit is weeks away.

So what would Graham-Cassidy accomplish?

The legislation would repeal the tax credits under the Affordable Care Act (Obamacare), repeal the cost-sharing reductions, and would stop Medicaid expansion by the end of 2019 (states would be prohibited from expanding after Sept. 1, 2017 — don’t ask about the dates, it’s complicated).

So here’s the catch that Republicans are hanging their hats upon at the moment.  Funding associated with these programs would be pooled into a new grant to states.

The proposal includes a per capita cap or optional block grant for the existing Medicaid program. It does not include any of the funding from BCRA targeted at non-expansion states (that would have amounted to about $87 million/year as compared to $2-$3 billion in enhanced annual funding associated with Medicaid Expansion).

What’s more, the current legislative proposal retains ACA’s Medicare and Medicaid cuts (these cuts amount to about $1 billion annually for Virginia starting by 2021).

Also remember, these cuts are part of the proposed balancing act of ACA — reduction of health care funding associated with uncompensated/charity care in exchange for more people insured through various ACA mechanisms, including expansion which has not occurred in Virginia.

That’s why folks are seeing the recent coverage in the Richmond Times-Dispatch citing the Governor and Virginia Department of Medical Assistance Services’ projections which estimate the bill would cost the Commonwealth $1.2 billion in Medicaid funding in the coming years.  Case solved, there.

So here’s the grand fix. The legislation would convert the Medicaid program into a per capita allotment beginning in 2020. Based on the proposed formula that would be used to calculate state allocations, it appears that Virginia would receive considerably less Medicaid funding than it presently receives currently.

As discussed, this potentially means either greater state financial responsibility to make up the difference, or a change in program eligibility/participation rules to cull the number of program enrollees to a level the new funding allocation can sustain.

In short, either the quality of care goes down or the quantity of individuals enrolled goes down under Graham-Cassidy — there is no other endgame under the current schematic.

While some could argue that amounts to government belt-tightening, it doesn’t necessarily benefit John and Jane Q. Public. More uninsured/indigent people means greater uncompensated/charity care and people using emergency rooms (as a practical matter, EMTALA, signed by President Ronald Reagan in 1987, means hospital emergency rooms are required to treat people regardless of ability to pay) in place of primary/preventative care — hence the reason why Reagan’s reform is central to the conundrum at present.

The downstream effects?  More folks go on the dole, and your premiums for commercial insurance (such as employer-provided health care) results in higher rates/premiums/deductibles.

Uncompensated care may not seem like a public problem, but it becomes a dollars and cents issues for working class Virginians. All the more reason to keep the conversation and get health care reform done right.