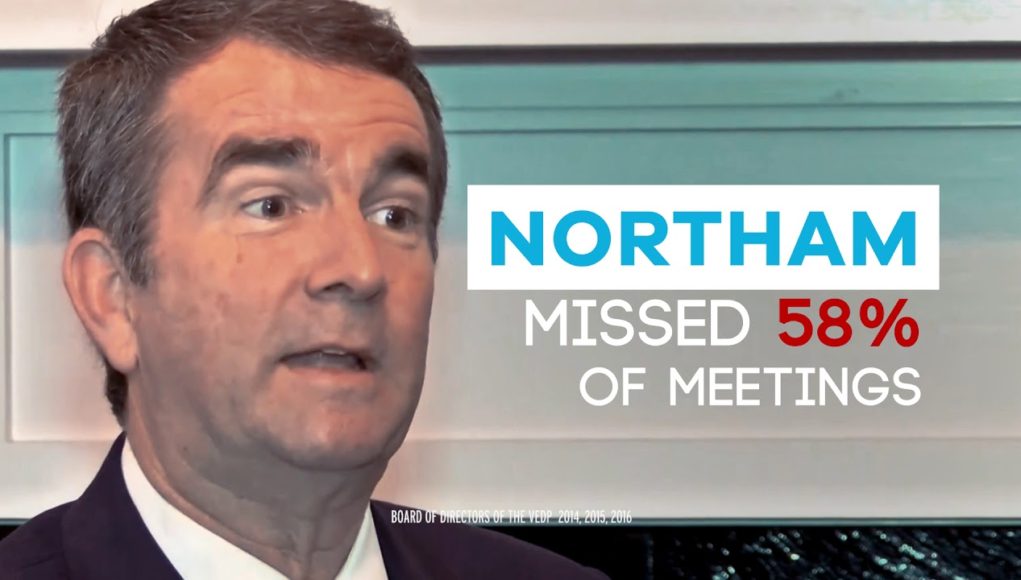 In a poll where the split is D+3, the numbers are far closer for Suffolk University where Republican candidate Ed Gillespie is smashing the leftist narrative, posting 40% against incumbent Democratic lieutenant governor Ralph Northam — who stands at 40%.

This poll is significant for a number of reasons.  First, the Democratic generic ballot is much more reasonable — not a wild D+9 but a legitimate D+3 (and about the D+2 we think it is here at TRS).

Second and most important?  Trump’s favorables in the Suffolk poll are at 41%.  If you look at he Rasmussen Daily Presidential Tracking Poll?  Trump’s approval ratings stand at 44%.

…which means these numbers could only improve.

There’s a third tidbit to consider as well.  Conventional wisdom dictates that undecided voters breat 2:1 for the challenger, not the incumbent.

Even if Northam manages to miracle out another $5 million in ad buys from out of state money, Gillespie and the RNC can easily counter and double down.  Which tells you that this race is already running downhill for Gillespie in a serious way just before a critical Chamber of Commerce debate that Northam has been dodging for months.

These are great numbers, folks.