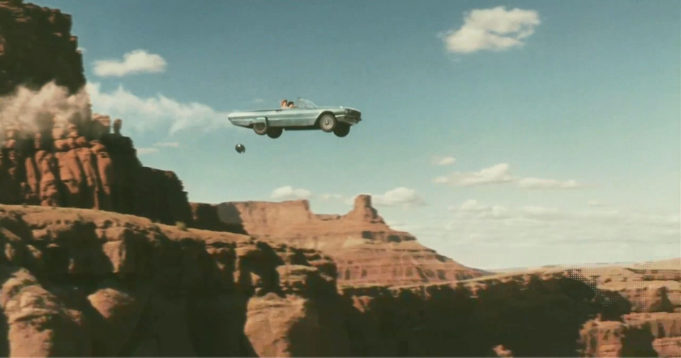 WARNING: This article discusses topics that are – quite frankly – disgusting.

I’ll admit it. I was wrong. I was having a civil discussion with some liberal friends of mine just over 6 years ago about the potential “slippery slope” involved in legalizing homosexual unions as licensed marriages. The common ground we found was that it’s a ridiculous argument to warn of the impending “man marries his horse” scenario; but where we diverged was the slope leading to legitimate human/human concerns – including polygamy and incest. The question at hand seemed to be whether or not people should be allowed generally, as Rhode Island’s state Representative Frank Ferri put it, “to marry the people we love.”

My thinking was with homosexual marriages being state-sanctioned as valid, there should be no argument (as far as the state is concerned) against polygamy. My friends agreed that the prohibition of polygyny or polyandry seems to be based primarily on religious concerns. Surely normalized polygamy would come soon. After all, why should we prohibit three or more consenting people who love each other from enjoying their authentic happiness?

The next step from there would be incest. Sure, there are potential problems with any offspring’s genetic integrity as a result of incestuous pregnancies. But since when are marriages about children? What is this, 1960? Procreation doesn’t need a social construct to thrive, and the social construct of marriage doesn’t need to encourage procreation! (At least this certainly seems to be the attitude of those wishing to expand the definition of marriage.) And even if someone DID get pregnant, and there was a concern over the fetus’s genes, why not just abort it?

My point was not to justify or encourage what I consider to be horrific behavior, only to point out that with an expanded definition of marriage to be between “adults who love each other,” there was then no justification for prohibiting these relationships, as far as the state is concerned. After polygamy was normalized, I argued, incest would likely follow soon thereafter.

My argument continued to the bottom of the slope, in which I made the case that even this definition of “adults who love each other” can itself be open to question as to what an “adult” is. We define “adult” by the arbitrary age of 18, but why should that be the standard? After all, isn’t this about the consent to love, not legal independence? The age of sexual consent in most states is 16, not 18; but even then, there are still many countries (who are we to judge?) that recognize the age of consent could be as low as 11, or simply when children reach puberty. Yes, the final step at the bottom of the slope would be to normalize pedophilia and give it legal status.

Sure, there’s been some talk and movement about legalizing polygamy, and the incest argument has since gained a little sympathy in the United States (In Germany there’s a little more sympathy). But six years after that conversation, what part of the slope has the most movement? It’s the last step, and they call themselves either pedosexuals, minor-attracted persons (MAPs), or non-offending minor-attracted persons (NOMAPs).

In 2014, the New York Times argued for extending civil rights to those sexually attracted to children. In 2015, Salon published an article (since removed) titled, “I’m a pedophile, but not a monster,” and since then voices have felt emboldened to come out of the woodwork on Twitter and Tumblr, even so far as to demand acceptance into the #LGBTP movement.

To be fair, advocates of LGBTETC rights have overwhelmingly denounced any acceptance of pedophiles into their system. But what is undeniably evident is that those within the #pedosexual movement feel comfortable coming forward to advocate for the normalization of their behavior. Despite their accounts being suspended on Twitter, their numbers seem to increase nonetheless.

Craig Harper, a psychology lecturer at Nottingham Trent University, recently voiced his excitement about recommendations “put forward in a forthcoming chapter on the psychology of social attitudes towards paedophilia and their links to abuse prevention.” Among those recommendations was this statement:

“We need a re-evaluation of how we view paedophilia at a societal level. That is, there is a case to be made to categorise the stigmatization and public attack of non-offending paedophiles as hate, consistent with existing human rights laws. This is because paedophilia appears to conform to empirical definitions of sexual orientation and could therefore be afforded the same legal protections as other groups who are already afforded such protections on this basis.”

In other words, hating pedophilia should be a hate crime.

This is how far we’ve come. Of course, I blame the philosophy of existentialism. It’s this philosophy that preaches the supreme virtue in any person is to be authentic above all else – to be true to yourself, no matter what your “self” is or might be. Simone de Beauvoir—an existentialist philosopher in her own right, and friend/lover/sexual experimenter with Jean Paul Sartre—made the case in her proto-feminist work The Second Sex, that sexual desires and their stigmatizations can lead to alienation.

“Our perspective allows us,” she writes, “to understand the value widely accorded to the penis. It is impossible to account for it without taking our departure from an existential fact: the tendency of the subject toward alienation. The anxiety that his liberty induces in the subject leads him to search for himself in things, which is a kind of flight from himself. This tendency is so fundamental that immediately after weaning, when he is separated from the Whole, the infant is compelled to lay hold upon his alienated existence in mirrors and in the gaze of his parents. Primitive people are alienated in mana, in the totem; civilized people in their individual souls, in their egos, their names, their property, their work. Here is to be found the primary temptation to inauthenticity, to the failure to be genuinely oneself.”

What de Beauvoir was saying is that it is immoral (insofar as existentialists acknowledge morality) to force the alienation of sexual desires – that to be alienated within one’s soul is the worst of all sins. Granted, she is not an advocate for pedophilia (as far as I know), but her principals are used everyday by people of this world to justify their orientation toward a certain thing – whether that is sexually or materially.

As I recall, the discussion with my friends ended much like the parallel discussion did in the Supreme Court case Bowers v. Hardwick, in which the justices acknowledged, based on a definition of “consenting adults,” that “it would be difficult, except by fiat, to limit the claimed right to homosexual conduct while leaving exposed to prosecution adultery, incest, and other sexual crimes even though they are committed in the home. We are unwilling to start down that road.”

No one wanted to go down that road, including my friends in 2012. But here we are, and worse off than my map could have predicted.