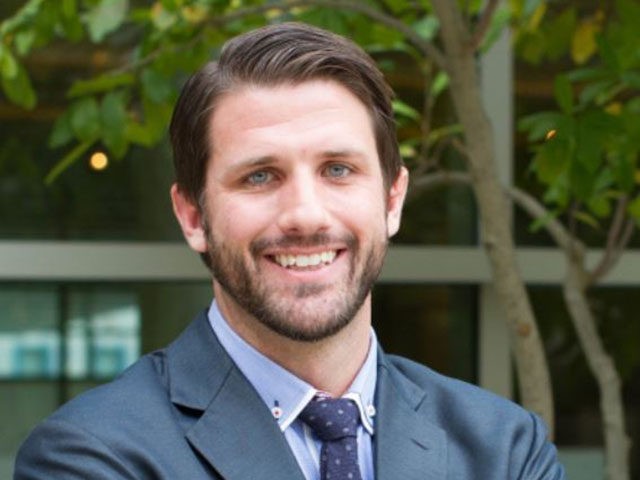 Former Special Forces Green Beret Derrick Anderson is part of the crowded GOP primary race for Virginia’s newly redrawn 7th Congressional District. He says he’s a constitutional conservative, and highlights his roots in the district and his role as a political outsider. In recent fundraising results, he raised slightly more than perceived front runner State Senator Bryce Reeves (R-Spotsylvania,) which Anderson said is proof that his hard work makes him the best choice to go against Representative Abigail Spanberger (D-VA-07) in the general election.

Anderson listed three policy areas he wants to focus on as a congressman.

“One of the things I want to do on day one is getting to the VA [Department of Veterans Affairs] committees and subcommittees to start cutting the red tape and some of the wasteful spending we see at the VA to get a better quality of health care for individuals,” Anderson told The Virginia Star.

As a veteran with combat experience in Afghanistan and Iraq, he has been critical of President Joe Biden’s withdrawal from Afghanistan and has appeared as an expert on Fox News to discuss the Russia-Ukraine war.

“The second thing that I really want to focus on, and we’ve seen this over the course of the last few years, are issues in the agricultural world,” Anderson said.

He said farmers are facing two problems: the high price of fuel, which is being passed on to consumers, and troubled supply chains.

The third issue Anderson wants to focus on is traffic on I-95, which passes through the heart of the district.

Anderson is an attorney who handles litigation and recently clerked for two federal judges. He comes from a mixed family with humble beginnings and, as a Virginia Tech alumnus, is a Hokies fan.

The district, recently redrawn, is a swing district: the area covered by the new lines voted 52 percent for Governor Glenn Youngkin in 2021, 55.7 percent for Senator Tim Kaine (D-VA) in 2018, 52.2 percent for former Governor Ralph Northam in 2017, and 48.1 percent for Hillary Clinton in 2016, according to estimates from The Virginia Public Access Project.

“That’s a huge issue, especially when we start talking about crime that’s spread across the country, and fentanyl that’s coming across the border, and all these criminals. So public safety tends to be a big one,” he said.

“I think it goes without saying but education’s a huge deal and the Democrats have been on the wrong side of the issue for the last several years,” he said.

Whoever wins the nomination in the June 21 primary will have to face Spanberger, a former CIA officer who has voted “present” instead of voting for Nancy Pelosi for speaker and criticized Democrats for anti-police messaging. She’s been working to emphasize district benefits from recently passed spending packages, and President Joe Biden recently joined her in the district.

“When you’re voting with Nancy Pelosi and AOC 92, 93 percent of the time, she can’t stand on the pedestal of what she’s been standing on over the last few years, especially when you bring one of the most unliked presidents in recent history based on recent polling,” Anderson said. “She realizes that she can’t stand on her two pedestals of national security and what she likes to call herself – I think that she’s a fake moderate, but that’s what she’s been running on.”

“She was silent about Afghanistan, she’s been silent about Ukraine,” he said, adding that Spanberger switches back and forth from criticism to support of Biden.

In the primary, Anderson is facing Reeves, a former Prince William County detective who is well known locally and statewide after running for lieutenant governor in 2017. He’s also facing Prince William County Supervisor Yesli Vega, a former police officer who led one of Youngkin’s campaign coalitions, has promised to oppose House Minority Leader Kevin McCarthy (R-CA-23) for House leadership if elected, and who was recently endorsed by Ginni Thomas. Candidate Stafford County Supervisor Crystal Vanuch touts her pro-law-enforcement and anti-Critical Race Theory votes, and has loaned herself $400,000 to help fund her campaign.

“I follow Ronald Reagan’s 11th amendment: I’m not going to speak ill of any of my fellow conservatives, but what I’ll tell you is I’m going to outwork everyone, and I have already done it,” Anderson said.

“I’m out there. I’ve been doing this since October. That’s what’s going to separate me. That’s why I’m going to be able to win this nomination is because I’m going to out work everyone, and I’ve already proved it for two quarters in a row that I’m leading everyone in fundraising,” he said. “We’re out there every single day, meeting voters, meeting people, meeting constituents and listening to what their problems are and concerns. And to be very, very upfront: they’re not happy with Abigail Spanberger and how she’s representing them in Congress right now.”