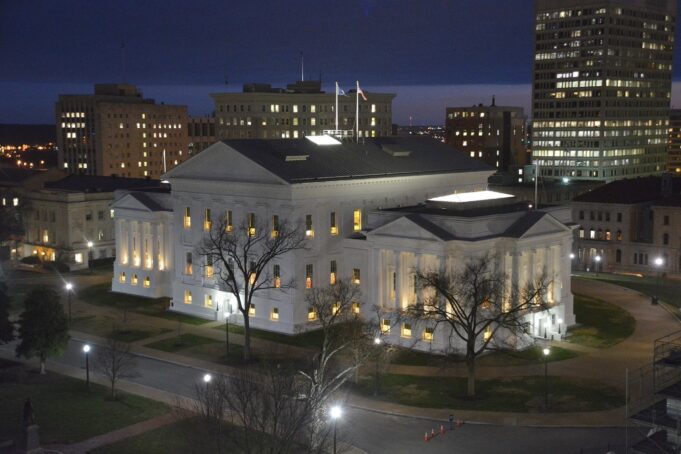 Via the Virginia Star:

The pro-gun Virginia Citizens Defense League (VCDL) has released a scorecard of legislators from the recent General Assembly session, with most Republican legislators scoring 100 percent. In tallies that count votes, Delegate Nick Freitas (R-Culpeper) and State Senator Mark Obenshain (R-Rockingham) earned the highest scores based on the number of votes cast and who introduced legislation. The Virginia Progressive Legislative Action Network (VAPLAN) has also released a scorecard, finding that Speaker of the House Todd Gilbert (R-Shenandoah) and Delegate Thomas Wright (R-Lunenberg) tied for most conservative in the House, while State Senator Steve Newman (R-Bedford) was the most conservative in the Senate.

“Congratulations to Senator Mark Obenshain (R-Harrisonburg) and to Delegate Nick Freitas (R-Culpeper) for having the best voting records in the General Assembly,” the VCDL wrote in an update. “And honorable mention goes to Senator Ryan McDougle (R-Mechanicsville) and freshman Delegate Marie March (R-Pulaski), who both came in 2nd place.”

In the VCDL’s ranking, Gilbert ranked the lowest of all House Republicans, only 65 percent pro-gun, and in the Senate, State Senator Emmett Hanger (R-Augusta) cast four “anti-gun” votes, earning a zero percent pro-gun score. As Speaker of the House, Gilbert gets scored in the VCDL for pocket vetoes on bills that don’t make it to committee, but in votes cast, he voted 100 percent in favor of gun legislation, according to the VCDL.

VAPLAN summarized: “With a 21-19 split in the Senate, and a Republican lieutenant governor, it meant that any single senator had the potential ability to be our own Joe Manchin. Often one of our Democrats did defect from the caucus – but interestingly in many of those instances, a Republican senator took his place voting with the Democrats. That led to some interesting votes in the Senate. On the House side, a number of Democratic delegates seemed to swing to the right, voting (in votes that didn’t matter because the GOP could pass whatever they liked) to repeal laws the Democratic majority passed the previous two years.”