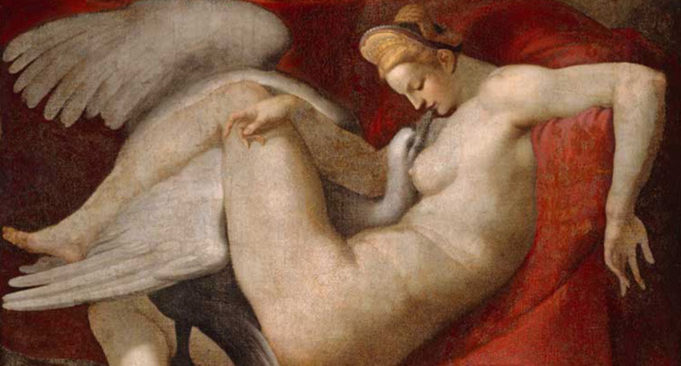 #MeToo and the nomination of Brett Kavanaugh have the nation asking some very important questions about our sexual ethics. Are they too ambiguous or too clear-cut? Too prudish or too loose?

The aver-arching sexual ethic of Western Civilization was clear for centuries – do not dishonor women.  Yes, men especially were bad at upholding this, and there were legal exceptions to this ethic; but the general attitude toward sex among Judeo-Christian peoples was that of suppression. In the first century Christian Church, this attitude was in stark contrast to the contemporary Pagan animalistic view of sex. This is not to say the Pagans were without boundaries; but in general the honor and dignity those boundaries were meant to protect did not belong to women in the final analysis, but to men.

In Ancient Greece, for example, it was a worse crime to seduce the daughter or wife of a freeman than it was to really and physically rape an alien, slave, or prostitute.[1] In the Roman Empire, similarly, the standards of sexual ethics were largely in favor of men. Cato cited Roman Law, noting, “Moreover, it is written in the law concerning being put to death: ‘if you arrest your wife in adultery, you may kill her with impunity; but for her, if you commit adultery or engage in adulterous acts, she shall not dare to lay a finger on you, neither would it be just to do so.’”[2]

Throughout history in fact, there seems to have been a natural inclination to excuse or exalt the virility of men. Perhaps this is evidence of a conspiratorial patriarchy, but anthropologists will recognize that general masculine dominance was in many ways a necessary consequence of biology, even from an evolutionary model – the reasons ranging from general physical strength to the absence of an oestrus cycle (seasonal “heat” periods) found in the rest of the mammals.[3] Even the most famous feminist apostle, Simone de Beauvoir noticed the general aggressiveness and control exerted by males throughout the animal kingdom.[4]

Speaking from an anthropological perspective, then, New Testament Christianity turned the natural and accepted sexual inclinations on their heads. Not only do the New Testament apostles reaffirm the prohibition against fornication, adultery, homosexuality, and all other sorts of sexual immorality,[5] but the gospel of Christ reminds Jews and Gentiles that men and women are not just spiritual equals, but sexual equals as well. St. Paul told the Corinthians, just after admonishing them for their overt sexual immorality, “The husband should give to his wife her conjugal rights, and likewise the wife to her husband. For the wife does not have authority over her own body, but the husband does.”

Every other culture would have stopped there, but Paul continues: “Likewise the husband does not have authority over his own body, but the wife does.”

This doctrine, among others, greatly contributed to the sexual suppression culture prevalent throughout Christianity. Paul recognizes there are still passions, “but if they cannot exercise self-control, they should marry. For it is better to marry than burn with passion.” Paul understood the passions of sex were real, but they were to be leashed, bridled, and guarded.

This sexual ethic, simplistically put, was the guiding doctrine toward intersex action. Christians throughout history – myself included – by no means got it right every single time. Adulterers, whores, and rapists are recognized throughout the history of the church, sometimes among its leaders. But hypocrites do not make the standard itself hypocritical. To assert this, one must likewise assert the standards against murder and man-stealing are hypocritical because so many throughout history that claimed Christianity participated in the same.

Christians have always struggled with sexual sin; but in the 19th century, philosophy began to abandon the idea of essential accountability – or, our duty to conform to an objective and transcendent standard. Schools of thought like those of Comte, Darwin, Marx, James, Nietzsche, and Russel culminated in the mid-20th century with the absolute rejection of pre-existing and objective ontology.

Instead, the reigning philosophy we have seen since then – in literature, art, and entertainment – has advocated above all else that we determine for ourselves our own authenticity. Despite their outwardly rejecting essence, these philosophers made subjective passion the ideal toward which we strive.

The entire ethic of Christianity was under attack, and it’s no coincidence that society removed the yoke upon its sexual passions by embracing the pursuit of the authentic self.

Simone de Beauvoir’s watershed book, “Le Deuxieme Sexe,” was the clarion call against conformity – especially as it pertained to sex. De Beauvoir voluminously documents the sexual differences between the sexes – biologically, psychologically, and anthropologically – and yet she nevertheless concludes that sex should be equal – not equally constrained, but equally unbridled.

“A world where men and women would be equal is easy to imagine because it is exactly the one the Soviet revolution promised: women raised and educated exactly like men would work under the same conditions and for the same salaries; erotic freedom would be accepted by custom, but the sexual act would no longer be considered a remunerable “service”; women would be obliged to provide another livelihood for themselves; marriage would be based on a free engagement that the spouses could break when they wanted to; motherhood would be freely chosen — that is, birth control and abortion would be allowed — and in return all mothers and their children would be given the same rights; maternity leave would be paid for by the society that would have responsibility for the children, which does not mean that they would be taken from their parents but that they would not be abandoned to them.”[6]

To de Beauvoir, sexual freedom for the woman was superior to motherhood; that is, superior to objective biological reality. But her broad message was not only to women. Men who wished to shuffle off the moral coil embraced this message and welcomed a more open and liberated sex. The movement spread like wildfire, and today you can’t look around for five minutes without seeing the consequences that de Beauvoir and her peers had on ensuing generations.

Like it or not, we’re in a world in which Carrie Bradshaw and her femmes du monde casually tell tens of millions of young men and women “it’s just sex,” and are then heralded as feminist icons of the decade by Naomi Wolf.

For decades now, we have been told to break down the puritanical barriers of sexuality; monogamy and orthosexuality are outmoded; if it feels good, do it. Encouraging a sober constraint of the passions has been replaced with an exhortation toward substance-aided orgiastic expression. Since de Beauvoir’s work, the percentage of 15-year-olds engaged in premarital sex has quintupled from 1954 to 2003.

Perhaps one reason the accusations against Brett Kavanaugh are so believable to so many is because it’s easy to imagine anyone behaving that way, given our current sexual zeitgeist. We are subconsciously aware that our culture has encouraged a full-throated exertion of lustful passions, and has tended to look down on traditional prudish constraint. The Washington Post, for example, called Mike Pence’s “strange” practice of not dining alone with other women “dehumanizing” toward women.

Don’t get me wrong – just because the Harvey Weinsteins of our culture want an animalistic society free from sexual boundaries does not excuse any kind of sexual sin. The #MeToo movement has done a great justice by highlighting how deep this philosophy has penetrated humanity, and has made manifest the natural depravity of man.

Women are not the victims of feminism; women are the victims of existentialism – a philosophy that tickles the self-indulgent nature of every person who has likewise been made to believe their sexual impulses are nothing more than animalistic and worthy of fulfillment – Paganism redivivus!

Perhaps, over time, we will see that Christ and St. Paul had it right all along: that the sexual ethic requires boundaries – physical, philosophical, and theological; that men treat women as Christ would treat His bride, the church. And most of all, that we recognize our “authentic self” is not an ideal toward which we should strive, but a reality from which we should repent.

[4] Simone De Beauvoir, The Second Sex, trans. Constance Borda and Sheila Malloveny-Chevalliere, New York: Knopf Doubleday, 2009, p. 35: “but heat in the female is rather passive; she is ready to receive the male, she waits for him; for mammals—and some birds—she might invite him; but she limits herself to calling him by noises, displays, or exhibitions; she could never impose coitus. That decision is up to him in the end. Even for insects where the female has major privileges and consents to total sacrifice for the species, it is usually the male that provokes fertilization; male fish often invite the female to spawn by their presence or by touching; for amphibians, the male acts as a stimulator. But for birds and above all mammals, the male imposes himself on her; very often she submits to him with indifference or even resists him. Whether she is provocative or consensual, it is he who takes her: she is taken.”