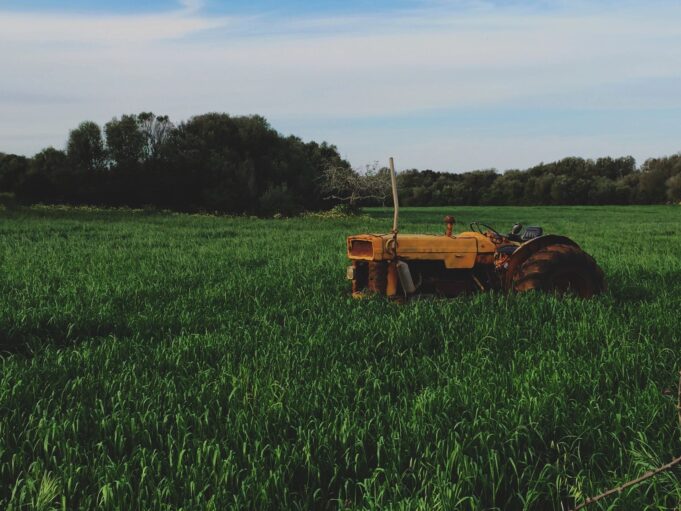 Wheat prices continue to remain volatile after an early spring selloff which ran into the same problem everything else seems to be running into: supply chain issues.

Instead of reaping a windfall, Ehmke found a commodities market turned upside down. He and his wife Louise told Reuters they couldn’t sell a nickel of their upcoming summer wheat harvest for future delivery. Futures prices for corn and wheat had rocketed so abruptly that many along the complex chain of grain handling — local farm cooperatives, grain elevators, flour millers and exporters — stopped buying for fear they couldn’t resell at a profit.

More acutely, speculators initially shorted the grain market expecting that the conflict in the Ukraine would tighten the world’s wheat supply.

In fact, the very opposite happened as Ukraine and Russia not only came to an agreement on wheat exports while Russia is experiencing a bumper crop of wheat, placing tremendous financial pressure on those who have long used ‘shorts’ to help stabilize the wheat market.

Fast forward to today’s market where wheat prices are once again as high as they were in 2012-13 when the so-called Arab Spring rocked the Middle East and Ukraine in social media fueled revolutions.  Which is why the latest USDA report is a bit of a double whammy for markets:

Shorthand is that the price of soybean and corn should tick upwards in an environment where scarcity seems to predominate and supply chain issues — perhaps relaxed because of the lack of volume — begin to untie themselves domestically.

That is, if the recession doesn’t do its work first:

High inflation, rising interest rates and recession fears proved to be a deadly combination on Wall St., and the selloff spread to a broad set of other commodities. Grain prices weren’t immune, with most contracts losing 2% to 3% by the close. Wheat prices were hit the hardest, but corn and soybeans also suffered a moderate setback today after an ample round of technical selling.

Much like energy commodities, the price of food and feed may not be as urgent a need in the developed West.  Yet in parts of the world who live on $2/day, massive inflation combined with scarcity and a lack of purchasing power creates a gap where the market can indeed provide — but at cost.

That becomes a gap other nations with excess supply (such as the Russian Federation) are all too willing to meet in the name of goodwill.  Meanwhile, the volatility of the market puts tremendous pressure on agriculture here in the United States, especially when matched with the increased cost of both energy and artificial fertilizers.

Yet the good news is that American markets are the most resilient in the world, supply chain issues notwithstanding.  What stands at question for most farmers and agribusiness is what to do next year, as events in Eastern Europe show no sign of abating and 350 million people stand at risk of food shortages due to the conflict.