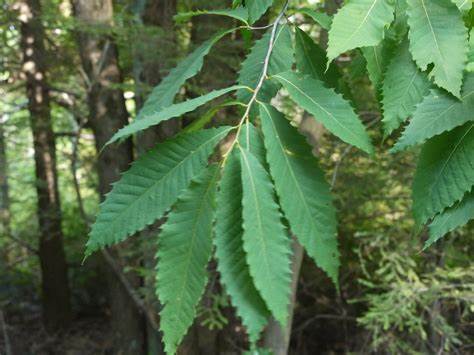 From Randy Walker over at Cardinal News:

An article published Aug. 26, 2022, on the Delaware News Journal website said the Delaware Nature Society received confirmation “this month” that the Coverdale tree was indeed a bona fide American. An article posted on the website of Delaware public radio WHYY on Sept. 9, 2022, said the verification process took “more than two years.” Messages left for Delaware Nature Society for clarification on the timeline were not returned. But Holliday said DNA testing “doesn’t take that long. We’ve sequenced about 6,000 chestnut trees at this point. And so when somebody sends us a sample, it may get in there quickly, or it may be in a line behind a lot of other samples that we’re working on. So it’s just a question of resources and so on.

The American Chestnut Foundation (TACF) is about a year away from offering commercially available hybrids that are mostly American species in all but one aspect; they are resistant to the fungus.  TACF researchers have been cross pollinating American chestnuts with Chinese variants in order to produce a natural tree that doesn’t require bioengineering.

One of these variants called Darling 58 is showing tremendous promise and looks to become available for private purchase in 2023 and is already available to TACF members.

The natural method may win the argument by sheer brute force.

Even today, there are some 87 million American chestnut saplings in Virginia alone, though the vast majority of them are taken by the blight.  Compared with the almost 1 billion American chestnuts that existed in Virginia before the blight, that number is almost nearly enclosed in either state or national parks, large landowners, or the 14 chestnut plantations dedicated for the preservation of what remains.