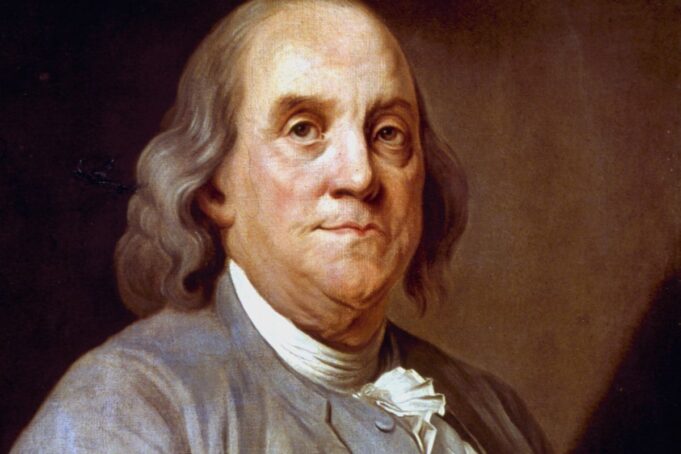 Days after Virginia Governor Glenn Youngkin slammed a proposal developed under his predecessor that would remove the title “Father of His Country” from a state curriculum of George Washington, the Republican governor dove deeper into the controversy, taking exception with proposals to remove Benjamin Franklin from the state history curriculum.

7News was the first to reveal that references to George Washington as “the father of our country” and James Madison as the “father of the Constitution” were struck from proposed history curriculum standards. Also, the word “succession” was used instead of “secession” – twice – in the proposal.

Unsurprisingly, the Northam-era bureaucrats who proposed the changes are defending moves to delete Washington and Franklin from the state history curriculum as necessary in order to amplify other voices:

“They have the Fordham Institute, which is a conservative think tank, which doesn’t have expertise in history,” said former Virginia Secretary of Education Atif Qarni. “So it makes me nervous because I’ve seen their work in the past which, you know, there’s philosophical differences there. I’ve also seen Governor Youngkin’s rhetoric about CRT and equity and diversity and inclusion and so that’s why it really makes me nervous. That’s why I do feel from my observations that there is a resistance to really to teach a full honest history especially of black and brown voices.

Qarni is presently the managing director of external affairs for Hope4College, a project of Temple University.