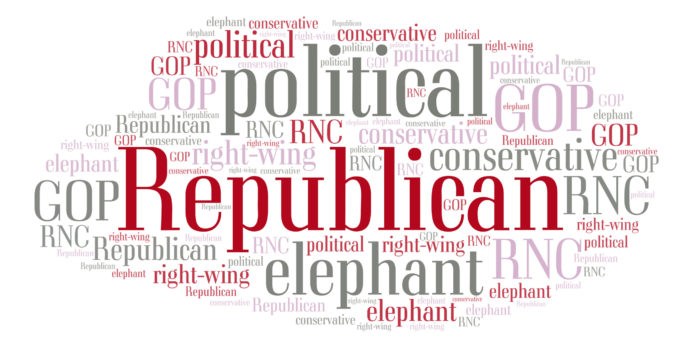 When I first got involved in Virginia politics in 2013, the Commonwealth had a Republican Governor and GOP-controlled legislature in Richmond, and there was an election that Fall for Governor, Lt. Governor and Attorney General. After the Democrats won those races, most Party leaders and political analysts blamed it on changing demographics in the Commonwealth.

In the coming years, there would be a few more string of losses for the GOP. Ed Gillespie lost to Senator Mark Warner in 2014 by less than 1 percentage point. Several years later, Hillary Clinton won the state in the presidential election by 5 points. Democrats also won the race for Governor, Lt. Governor and Attorney General in 2017 with increasing margins.

In all of those races, GOP leaders blamed the state’s demographic changes…again.

In 2018, Republicans lost to Senator Tim Kaine by a whopping 16 points. The next year, Republicans lost the House of Delegates and State Senate. I was part of that group of defeated Republicans for Delegate, losing the 31st House District in Prince William and Fauquier Counties.

Fast forward to the 2020 election cycle. Virginia wasn’t even considered a competitive statewide contest for president or U.S. Senate. We were never even part of the conversation in national political analysis for the White House. The Republican Party has gone  0-7 in statewide contests and hasn’t won since 2009. And you want to know why most political analysts didn’t consider Virginia winnable for the GOP this year? You guessed it…. changing demographics.

Everyone who has followed politics closely in Virginia is aware of the changes. It is true. The Virginia of today is not the Virginia of 2009. We have drastically changed in several ways.

First of all, our state demographics have drastically changed because our population is more suburban than years past. Nearly all of the state’s population growth this past decade (95%) has occurred in our three largest metropolitan areas (Hampton Roads, Northern Virginia and Richmond), while the populations of Eastern, Southside and Southwest Virginia have all declined during the 2010s.

As the population grows in the suburbs, its votes have far outweighed the rest of the state. For example, in this year’s election, Joe Biden actually lost 79 of Virginia’s 95 counties. But he won 18 of Virginia’s 20 most populous localities.

Here is another illustration. In this year’s election, about 45% of all of Virginia’s votes came from the following eight suburban localities, which all went for Joe Biden: Virginia Beach, Chesapeake, Loudoun County, Prince William County, Fairfax County, Arlington County, and Chesterfield County. However, in 2009, these same localities made up only 40% of the state’s total vote, and Republicans won all of them with the exception for Arlington. My, have times changed.

Secondly, our state demographics have drastically changed because our population is more ethnically diverse than years past.

According to 2019 Census data, 39% of the state population is now ethnic minority, up from about 31% just nine years earlier. The state always had a significant African American population, but the Hispanic, Asian and Middle Eastern populations have grown quickly because of legal immigration and migration from other states, especially in the suburbs.

Nearly one out of every ten eligible voters in Virginia is a foreign-born immigrant. In northern Virginia alone, that number is nearly three out of ten. According to the Northern Virginia Regional Commission in 2000, minority residents made up 34.6% of the population. That number has since grown to 49.4%.

An opportunity for the GOP in Virginia

While many may view these demographic changes as a problem for the GOP, it doesn’t have to be.  Most minorities vote Democrat, but the demographic shifts happening right now should be viewed by the Republican Party as an opportunity, not a burden. But that requires serious inflection and a commitment to change.

Issues on the minds of minority voters are issues that the Republican Party has historically prioritized, such as economic opportunity, religious freedoms, entrepreneurship, educational diversity, national security, and public safety. And on many of these issues, a gap is forming between minority voters and the white liberal elites who control the Democratic Party.

For example, white Democrats are far less religious than black and Hispanic Democrats. According to Pew Research, 79% of Black Americans and 74% of Hispanic Americans identify as religious compared to 57% of white Democrats, down from 75% in 2009. While the GOP has supported the liberty to live any faith or no faith, it has long made religion a key value. For example, the Republican Party of Virginia Creed states, “That faith in God, as recognized by our Founding Fathers is essential to the moral fiber of the Nation.”

In addition, minorities are far more conservative and moderate than the white liberals that control their party. For example, last year, 71% of black Democrats self-identified their political views as either moderate or conservative. Only 29% of Black Democrats self-identified themselves as liberal, compared to 55% of white Democrats. Since 2000, the share of minority Democrats who describe their political views as liberal has changed little, while liberal identification among white Democrats has nearly doubled.

It’s unclear how much longer the Democrat Party can hold these diverging coalitions together. This is a trend that could give way to a coming political realignment… if the GOP is wise enough to take advantage of it.

Will the Virginia GOP Change

The Republican Party of Virginia and grassroots conservatives have so much work to do to be competitive statewide again. But major changes are needed. A debate will ensue about whether Republicans need to change policy or change strategy to start winning again. Believe it or not, I don’t think a policy change is needed. I don’t have all the answers but I do know this: the Party must invest significant resources into engaging suburban and minority voters, it must welcome moderate voters, and it must be more disciplined with messaging.

Engaging suburban and minority voters is not hard, but it takes time and humility. People don’t care how much you know until they know how much you care. A visit to a Black Church in October ain’t gonna cut it. Party leaders and candidates must show up and listen year-round, and then set aside significant resources to get your message to those communities in the fall.

Based on the data, minority and suburban voters are more moderate. So, the GOP must make sure there is a home for them in the Republican Party. This game is about addition, not subtraction.

Lastly, the Party and candidates must tighten up its messaging. How you talk about policy issues is just as important as the details of said policy. During my race, I cannot tell you how much time I spent correcting false assumptions about our Party’s stance on religious freedom or immigration or racism or healthcare.

If we’re going to stand for religious freedom, that must be consistently all faiths. If we claim to be the party of law and order, we must embrace families who work hard and follow the rules to immigrate to our state. If we are to be the Party of Abraham Lincoln and the abolition of slavery, we must have zero tolerance for racism. As defenders of equal justice and dignity for every human life, we must not flirt with drifters who dabble in alt-right ideology and white supremacy, or give statements that welcome them.

Of course, there are Republicans who understand this. And the Party must help raise their platform as leaders. Conservatives like Fairfax City Councilman Sang Yi, Delegate Amanda Batten, Prince William Supervisor Yesli Vega, Chesapeake City Councilman Don Carey, Senator Siobhan Dunnavant, Fairfax Supervisor Pat Herrity, and Delegate Jason Miyares, among others, have been successful in the suburbs. We should all take note of how they have done it.

So, after another post-election defeat, the Republican Party of Virginia must reevaluate its standing in a state that has left us behind. Changing demographics has contributed to another loss. What will you do now to make sure we’re not having this same conversation next year?

D.J. Jordan lives in Prince William County and works as a business executive in Falls Church. He served as chairman of the Virginia Board of Social Services in 2016 and 2017, and unsuccessfully ran for House of Delegates as a Republican in 2019. A shorter version of this piece appeared in The Virginian-Pilot on December 4, 2020.