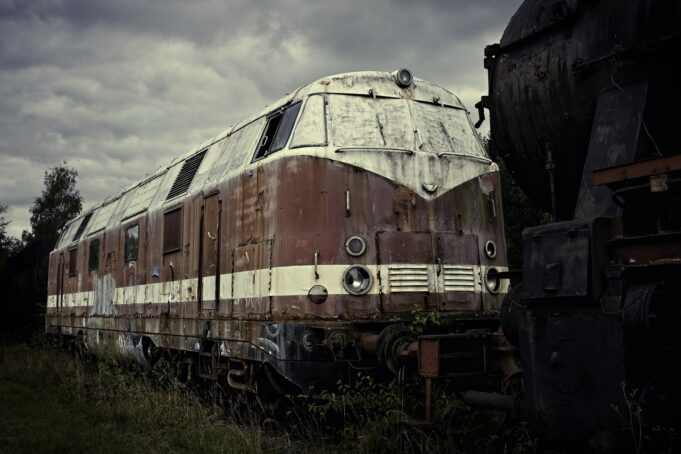 Just when you thought that the economic news couldn’t get worse, both for the nation and individuals, a looming railroad strike could have further derailed any hope for a quick recovery. It appears to have been averted. The ruling party in Washington is breathing a sigh of relief since an angry electorate is postured to reject them and their economic policies that aren’t working.

Major railroad industries, BNSF, CSX, and Union Pacific were bracing themselves for a labor strike. In the last few weeks, they have sidetracked shipments of hazardous and other security-sensitive materials (like chemicals and oil) to avoid having them rest idle on main lines while striking workers picket the railroads for “quality of life provisions,” specifically agreements on attendance policies like vacation and sick days. But a temporary agreement has emerged. However, if it doesn’t hold, the supply chain—badly disrupted by COVID buffoonery—could be further upended if railroads grind to a halt. If that happens the trucking industry could take up some of the slack, but not all of it. Even then the costs to move those goods would be likely to rise.

And what better time to have a rail strike than the season when companies are attempting to stock their shelves for the Christmas gift-buying rush. Yep. This could have been another jolt to the economy.

In the past two years the economy has been grossly mismanaged. I’m not an economist. However, my understanding of the economy is on par with most Americans, and we get it. Policymakers are making things worse. I recall when the first stimulus checks tied to the COVID disaster went out during the previous administration. My wife and I were amazed that this assistance for us was necessary at all, but if so, why wasn’t it means tested? The truth is money was handed out hand over fist to Americans who frankly didn’t need it.

So also, the flood of business recovery money dispatched from Washington by the current administration resulted in billions of dollars being misused, misappropriated, or misplaced. The policies were misbegotten. The liberal politicians—including some conservatives—who crowed about “saving America” by spending money that burgeoned our already obscene debt are no more than swindlers who should be ushered out of office. Somewhere they missed the lesson in Economics 101 that inflation is fueled when too much money chases too few goods.

Dumping money on top of a supply chain crisis that was created when government shut down businesses, closed schools, and sequestered us to our homes for months was like pouring gasoline on a raging dumpster fire. We have never recovered from that stupidity. In fact, the same gormless politicians who mismanaged COVID and juiced inflation—now at 8.3 percent—just doubled downed with the so-called “Inflation Reduction Act of 2022.” Worse yet, they think we’re gullible enough to believe the title of that law. If ever there was an example of false advertising, this deceitful legislative maneuver takes the cake. Even the Congressional Budget Office disputed whether this snake oil bill will reduce inflation. Yet President Biden, just this week, proclaimed that it’s the miracle drug that will cure our economic ills. In fact, it is poison poured down our throats. It’s a midterm election stunt plain and simple. And an even worse policy decision for that reason.

Not in recent history have we seen such economic malpractice and indeed corruption — the former in handling the economy, and the latter in spending money we do not have to secure the fortunes of shameless politicians.

If you doubt this indictment, look at your retirement accounts. They were pummeled on Wall Street on the day President Biden celebrated his “Inflation Reduction Act.” Markets plunged 1300 points. Look at the labor participation rate. It cratered in 2020, a result of COVID policies that paid people to stay out of the workforce. It has recovered somewhat but is still below the 2019 level. Interest rates are on the climb, a necessary castor oil to fight inflation, even as we pour more money on the fire. Home buying will slow to a crawl and the interest we will owe on our massive debt will go up. It’s hard to imagine the debt being worse, but it will be now. Any benefit of a bill purporting to “reduce” inflation by $300 billion will be completely negated by a student loan bailout that will wipe away any so-called savings.

The profligate spenders in Washington are destroying our economy. They falsely claim that their policy elixirs will resolve our economic woes. Despite dodging a crippling railroad strike, the light these politicians think they see at the end of the tunnel is actually that of an onrushing engine they set in motion that will result in an economic train wreck.

L. Scott Lingamfelter is a retired U.S. Army Colonel and author of “Desert Redleg: Artillery Warfare in the First Gulf War” (University Press of Kentucky). He also served in the Virginia General Assembly from 2002 to 2018. His upcoming book, ” Yanks in Blue Berets: American UN Peacekeepers in the Middle East, will be released on July 4th, 2023.

HANER: The Consequences of the Quest for Carbon