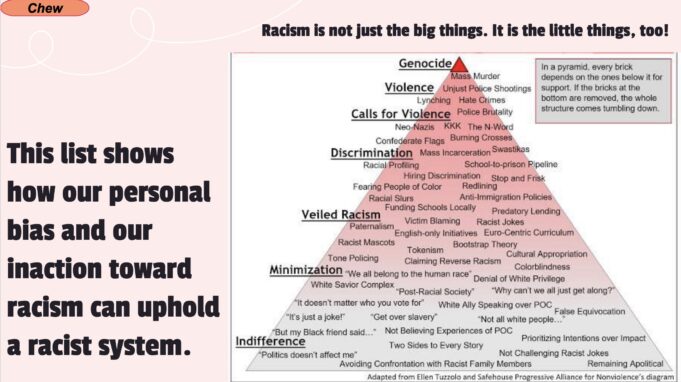 Around Virginia, parents are angry, and for good reason: They’re learning just what their children have been taught about race, identity, and privilege.

In Albemarle County, students at Henly Elementary School were part of a pilot program that tested “anti-bias” lessons. Those lessons, it turns out, were straight out of Ibram X. Kendi’s “Antiracist” dogma.

What is Kendi’s “antiracism?” It’s a belief that holds that there is no neutral ground anywhere. No policy is neutral, no person is neutral. They’re either racist or antiracist.

A great deal of emphasis is given to telling white children just how privileged the color of their skin makes them. But don’t take my word for it. Look through the lesson plan here. Or take a look at the two images from the lessons. 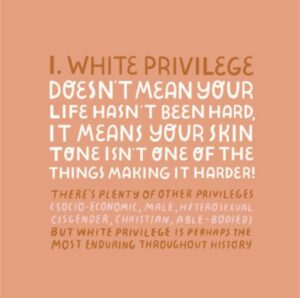 Don’t want to start a fight with your relatives at Thanksgiving? You’re part of the problem, according to this lesson.

Want to live in a post-racial society? Think “we all belong to the human race?” Teach your kids to practice “colorblindness”? You’re part of the problem, according to this lesson taught to our students. 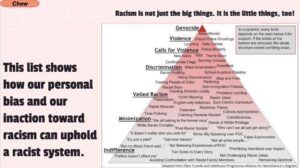 In Kendi’s world, you’re either an activist or a bigot. But remember, schools aren’t indoctrinating our students.

It’s not just Albemarle. The Department of Education has put together a “Social and Emotional Learning” standard that — for now — remains optional. One of the key components? Know which group you belong to!

Third Grade: “I can understand that people may face different barriers based on their identity and groups in society and that this is not fair.”

Seventh Grader: “I can comfortably talk about myself and positively describe my various group identities.”

11th Grader: not only “I can recognize, describe and distinguish inequity and injustice at different levels of society” but also “I can identify and work to address my own conscious biases and implicit (unconscious) biases.”

No wonder parents are angry. They see things like this, and they’re told by Democrats that they’re either racists, or rubes whipped up by Fox News and Republican operatives whose motives are as opaque as they are nefarious.

This sort of teaching robs children of their natural, God given optimism. The world is not perfect. Some kids will face more challenges than others. But to divide children into groups, to teach them that their “identity” is not individual to them, but part of some larger group is the worst of Mao’s revolution.

“If we can do this, just imagine what you can do.”

But this isn’t how to do it. This is wrong.