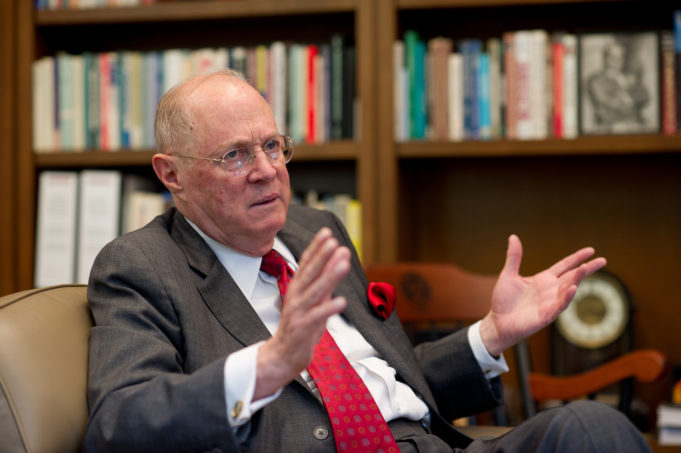 Supreme Court Justice Anthony Kennedy announced Wednesday that he will retire at the end of next month, leading to the possibility of the most significant change in the Court’s dichotomy in over half a century. Now getting his second pick to staff the highest court in the land, President Donald Trump is now all but ensured a strong conservative bloc on the bench for the next generation, or even more – a towering legacy of his time in office.

Kennedy’s departure from the bench was rumored last year, but will now take place on July 31. As the “swing voter” on the Court, he has been often the deciding vote in most high-profile cases since moderate conservative Sandra Day O’Connor left the Court in 2006.

When Trump nominates a conservative justice to the bench, they will go through an extraordinarily tough confirmation process in the Senate. Right now, the nationwide future of access to abortion hangs in the balance and will be one of the most contentious topics during the confirmation hearings.

Furthermore, religious rights have been a topic of ruling since Masterpiece Cakeshop v. Colorado Civil Rights Commission (2018), wherein the Court voted 7-2 with a limited ruling that the commission violated the First Amendment Rights of Jack Phillips, the baker in the case, after anti-religious bias was cited.

In his majority opinion, Kennedy wrote, “The commission’s hostility was inconsistent with the First Amendment’s guarantee that our laws be applied in a manner that is neutral toward religion.”

Privacy rights in the digital age are also an important notion that will play a role in the next justice’s rulings. The Court ruled 5-4 in Carpenter v. United States (2018) that law enforcement agencies must present a warrant to gather cellphone location data to not violate one’s Fourth Amendment right to unlawful search and seizure.

Considering Justice Ruth Bader Ginsburg is now 85 years old, Trump could wind up with a third pick in the near future, setting the balance to at least 6-3 conservative to liberal before he leaves the Office of the Presidency.