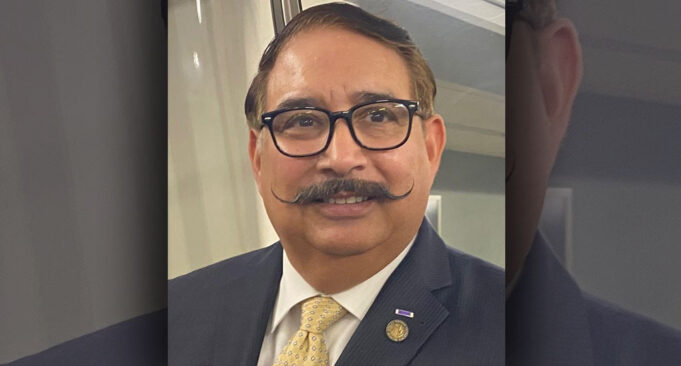 With the Virginia General Assembly in session, opportunity exists for legislators to quell repulsive actions by educators rebranding communities and stifling academic achievement.  Unfortunately, Asians and Hispanics in particular are targets of serious improprieties.

Justifiable outrage exists over the diversity and equity inclusion consultant who was hired in Fairfax for $455,000 and after nine months work, provided a shocking written recommendation to have equal outcomes even it means treating certain students “purposely unequally”

Such actions can only be interpreted as blatant discrimination and unparalleled wokeness with purposeful minimization of our intellectually gifted.

With the anniversary of Martin Luther King Day, Virginia must continue to acknowledge his profound words hoping his children would live in a nation and “not be judged by the color of their skin but the content of character”.

That content of character for all children I suggest, embraces the inclusion of every aspect of a student’s religious and psychological persona, whether we agree with an individual or their family character make up or not.

Thus the gender neutral attempt as the premise to rebrand our proud communities of Hispanic descent with the term “Latinx”, I suggest insults the memory and Christian ideology of Martin Luther King; not to mention great Hispanic leaders of our nation.

In view of the ongoing national merit award debacle, would achieving Latinos have been less affected or recognized for their efforts if they’d been identified as Latinx?

A troubling mindset indeed that must be addressed with respect to specificities of inclusion for Asians and Hispanics who by the discriminating actions of educators may have caused the loss of scholarships to the excess of $90,000 from centers of higher learning like Liberty University.

As the Co-Chairman of the Latinos for Youngkin Coalition, and one of 18 national Hispanic centers of influence to serve on President Trump’s Hispanic Prosperity Commission that carried over into the Biden administration, I can attest to the public outrage over the use of the pejorative term Latinx nationally and locally.

On the campaign trail, and during the mid-terms, the Youngkin Latino coalition full of engaged Hispanic citizens like the well-known Peruvian immigrant Carmen Williams and first time candidate for Delegate in Virginia’s 21st District Josh Quill (whose father immigrated from Costa Rica) agree the term Latinx is disingenuous.

One must examine the root cause of attempts to rebrand Hispanics with understanding and concern to those who attempt to force Latinx as a gender-neutral alternative to Hispanic, Latino or Latina.

With respect to historical usage, the term Latino has long been accepted as the shortening of “latinoamericano” according to the Oxford English Dictionary dating usage back to 1946.

The term Hispanic is a relatively newer ethnic identification whose origin can be debated by various Latino civic groups such as the National Council of La Raza as a more contemporary unifying and inclusive term.

But one must acknowledge the emphasis for a term that demonstrated “unification and inclusivity” devoid of sexual discrimination or disrespecting Christian virtue.

KCOR radio and television started by my uncle Raul Cortez in 1946 and 1954 with on air broadcasting by my brother Frank first used the term Hispanic in national broadcasts in San Antonio, Texas in the early 70s because of its inclusiveness.

Even the slang term “Chicano” controversial but popular during my Marine combat deployment in Vietnam, and in the 60s and 70s, was viewed as gender and ideologically embracing of the Hispanic community and non-discriminatory.

Virginia’s educational fate clearly remains in the hands of Governor Youngkin and Attorney General Miyares with critical input from parents in partnership with educators.

Thus it remains imperative to validate the Fredericksburg region school districts are not engaging in the immoral and illegal practice of hiding student’s academic achievements or forcing them to identify with disgusting terms that discriminate and refuse to embrace inclusion.

As such parents and concerned students should seize the opportunity to civilly but firmly take these issues to legislators at the local, state and federal level to:

A.   Investigate and ensure local educators have not discriminated against achieving students by not presenting them with national merit awards or any other award that would factor in scholarship attainment.

B.    Immediately pass a ruling that prohibits the local governmental use of the pejorative and insensitive word Latinx in documents or titles.

C.    Demand area state officials sponsor a bill that excludes the use of the Latinx term in Virginia governmental matters that seek to indoctrinate our proud Americans of Hispanic descent with a labeling that undermines the inclusion of all citizens, or groups regardless of race, creed, color or personal ideology.

Again, what must be prevented is the expansion of the Northern Virginia culture validating schools engaging in the immoral practice of hiding student’s earned nationally recognized academic achievements to use as part of college applications.

With the aid of future legislators like Quill, allow for a civil discussion including parents and centers of influence who understand our cultural history to advance education and stop the pestiferous pandering by out of touch educators discriminating against students.

“We remain proud Americans of Hispanic descent or Latinos and Latinas.  We remain inclusive of all ideologies unlike the woke term ‘Latinx’ which rebrands our community,” stated Quill.

The time for action is now.