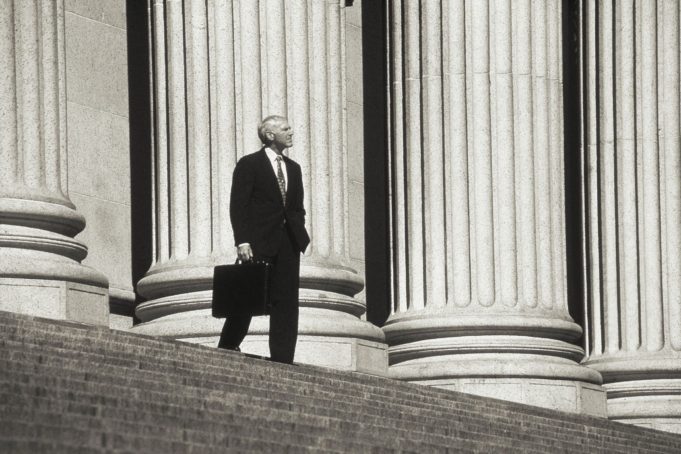 This was national news for a very good reason. His actions undermined citizens’ faith in our voter registration system.

Every once in awhile, Virginians need the shocking reminder that voter fraud is indeed real.  Today’s installment?

Democratic operatives at James Madison University, where one individual was recently sentenced to 100 days in federal prison for fraudulently collecting voter registration forms, according to the Harrisonburg Daily News-Record:

On June 20, Andrew J. Spieles, 21, formerly of Harrisonburg, pleaded guilty to a misdemeanor fraud charge. Federal prosecutors say he caused 18 fraudulent voter registration forms to be submitted to the Harrisonburg registrar in connection with the Nov. 8 presidential election.

The plea agreement called for a prison sentence of 100 to 120 days, but U.S. Magistrate Judge Joel Hoppe rejected the deal during Tuesday’s hearing, saying that a lesser sentence might be warranted.

Hoppe, however, changed his mind and sentenced Spieles to 100 days. Spieles, who now lives in Stephens City, will report to prison at a later date determined by the Federal Bureau of Prisons.

One really hates to see anyone shipped off to federal prison for what could be mildly construed as either a clerical error or an exuberance of enthusiasm.

However, when it comes to the right to participate in the adjudication of power with the singular act of voting, it approaches something of the sacramental in a representative form of government.

Yet no one has the right to chip away at the most fundamental bedrock of a free people — the integrity of our vote.  If the punishment seems severe, it is only because a message is being communicated.  The integrity of the vote is a line that shall not be crossed.

Just in case readers might feel as if the operative in question was a lone wolf?  From the article:

During the sentencing hearing, Spieles testified about why he submitted the forms.

He told the judge that he was trying to help a woman who worked for the Democratic Party of Virginia.

Spieles said that he didn’t have a quota but the woman had “goals” she had to meet. He said they would combine their forms to increase both of their totals.

Spieles testified that a problem arose at the beginning of August. He said there were no large events that week, and finding people to register was difficult. As a result, they were having trouble meeting the woman’s goal.

In short, DPVA pushed this operative to commit to “goals” in the pursuit of raw power, not the integrity of the process.

That should alarm just about everyone.  Moreover, it should point towards a culture of political hunger among Democratic operatives working close to the mindhive.  That sort of power-hungry culture within the Democratic machine in Virginia deserves more than just a scapegoat — it deserves a conversation.

Let’s hope that message is heard loud and clear among Virginia Democrats, for whom voter registration drives and questionable tactics have been a bogeyman of Virginia Republicans for the last decade or more.