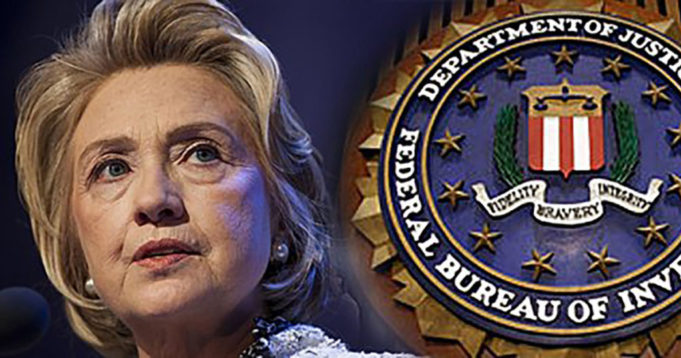 Just how badly is the trial of Michael Sussman damaging the reputation of Hillary Clinton? Look no further than Friday’s testimony.

According to her campaign manager, Hillary herself approved the plan to leak a phony Trump-Russia connection to the media. However, her former lieutenants deny anyone OK’d Sussman going to the FBI.

As damning as that admission is, an ex-spy has left us with even more questions.

Did Sussman Make Accusations About Trump to Anyone Else?

A former CIA operative, known only as Kevin P., testified yesterday. He said that Sussman attempted to sell the fictitious narrative of a Trump-Russia link through Moscow’s Alfa Bank to the FBI and CIA, which seems like a lot of work for one self-proclaimed concerned citizen to undertake.

One ex-spy — identified in court only as “Kevin P.” — recalled that he and a colleague met with Sussmann at CIA headquarters in Langley, Va., in February 2017, shortly after Trump took office.

Sussmann gave the men two thumb drives that he said came from unidentified “contacts” and showed a secret, cyber back channel between a Trump Organization server and Russia’s Alfa Bank, Kevin P. said.

“He said he was not representing a client,” the witness testified, adding that Sussmann also said he’d previously given “similar but unrelated” information to the FBI.

Clinton Campaign Manager: Hillary Did It

Mook confirmed Clinton herself approved the plan to leak allegations of a fictitious connection between Donald Trump and Russia.

Mook told the court that he attended a campaign meeting in the fall of 2016. He and other senior staff learned about cyber activity he allegedly believed revealed a link between Trump and Russia’s Kremlin-connected Alfa Bank.

He said the campaign decided to share their alleged evidence with a reporter from Slate magazine.

Despite not having any proof, Mook stated that Clinton “agreed with the decision.”

He then explained how a campaign staffer shared the information with the reporter to supposedly “vet it out, and write what they believe is true.”

Slate published the pro-Clinton article eight days before the 2016 presidential election. Clinton subsequently tweeted about it. She also posted a press release from her campaign declaring, “This secret hotline may be the key to unlocking the mystery of Trump’s ties to Russia.”

Sussman reportedly told Baker the night before their meeting that “I’m coming on my own – not on behalf of a client or company.”

Sussman has pled not guilty to the charge of lying to the government. He argues he went to the Bureau as a concerned citizen.

Mook also claimed that no one instructed Sussman to go to the FBI. He contended that the media would effectively promote the Trump-Alfa story, which was more important to the campaign. He also said he didn’t trust the Bureau after investigating Hillary’s email server.

Then-FBI Director James Comey reopened the investigation into Hillary’s handling of classified information on Oct. 28, 2016. Mook called that development and the subsequent fallout “the most damaging days of the campaign.”