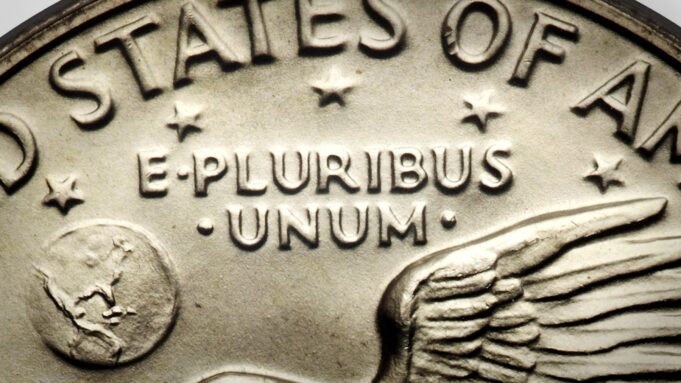 This Latin phrase has been a national motto of the U.S. since its founding. In just 13 characters, it expresses the hope of our founders that 13 distinct states could become united. From many, they would emerge as one.

Our nation of immigrants has embodied this principle at the cultural level ever since. From all over the world, those who sought freedom came to this land, and over time, became more than just their original demonym. They became Americans, part of one people.

Out of many peoples, one people. Our country has been traveling that road for more than 200 years, in fits and starts. That’s what makes Critical Race Theory and its fellow travelers now appearing in our schools so wrong. CRT holds that this nation and its systems are beyond redemption.

The central tenet of Critical Race Theory does far worse than leave students with a cynical outlook on America and its institutions. It denies a fundamental truth that underlies what has made the U.S. exceptional.

No one would seriously argue that the U.S. was perfected from its founding. Even the men who drew up our founding documents realized this, and thus included in them the means to correct those flaws. The founders had the humility to concede that their work might not be perfect for all seasons. They accepted that the nation they founded could change.

Critical Race Theory at best ignores and at worst scorns this truth. CRT and its fellow travelers hold that our systems are so irretrievable racist that they cannot be corrected. Even if the systems were made of perfect angels incapable of racist thought, these systems would produce racist results. This corrosive worldview does nothing but breed anger and contempt for our country.

Students need to learn the entire history of the United States. They need to learn the horrors of slavery, the unfulfilled promise of Reconstruction, the evils of Jim Crow, and the lasting legacy of red lining and other blatantly racist practices of the past.

But carving students into groups based on their race? Telling children who had nothing to do with the mistakes of the past that they live a life of privilege, while telling other children who live in the greatest period of human history that they are oppressed victims with no agency, no ability to change their circumstances? That isn’t history. It is poison, guaranteed to divide.

CRT builds a worldview where one is left with the virtually Marxist impression that we are not a people, but groups in a struggle for power, one over the other. Rather than the workers rising up against the kulaks and the bourgeoisie, oppressed minorities must rise up against “whiteness” and those who practice it.

Our nation, the United States of America, is not perfect. It has a history marked with horror, but also glory. It is a story of improvement, enlightenment, and the betterment of a people through the centuries. It is a story of flawed people who knew they were flawed, and have set about the process of repairing those flaws — sometimes quickly, sometimes slowly. But always working to be better.

Out of many, one. From many states, one nation. From multiple cultures, one people. From many dark pasts, toward one brighter future.

This is the genius of America, and it is what Critical Race Theory and its ilk seek to destroy. And that’s why it must be stopped.