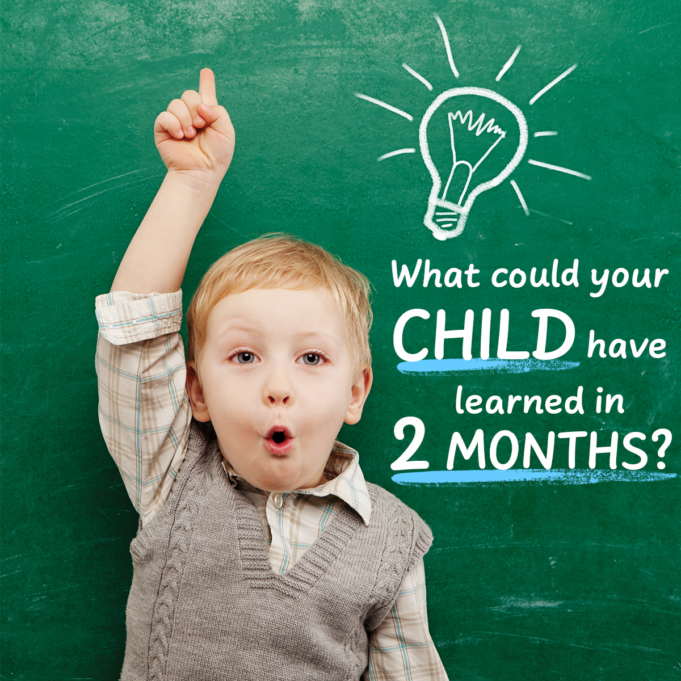 They call it “Zoom fatigue.”

Sitting at a desk, staring at a small picture of yourself and a screen full of small boxes with pictures of other people in them. After a while, it starts to wear on one’s mind. Concentration falters, the mind wanders.

In a work meeting, Zoom fatigue is par for the course. After all, the meeting will be over at some point and everyone can just get back to work.

But for kids in virtual school? It’s all Zoom, almost all the time. And the impact has been devastating. Kids who were once excelling began to falter.

Jurisdictions around Virginia began to report “an epidemic of Fs” among their students. Mental health emergencies among school age children skyrocketed.

Parent Josh Curtis says when COVID-19 shut down schools, his son shut down. “He’s at the point now where he just doesn’t care,” he said. Curtis’ once active 11-year-old son Braxton isn’t coping well with virtual learning and isolation. Curtis said, “He was a star student and now he’s not going to class and he just doesn’t care.”

Parents saw the problems with this setup immediately. In wealthier counties, parents were able to band together to form pandemic pods — groups of kids who would be in the same social ‘bubble,’ and would share tutoring in a home classroom.

Fairfax County was not pleased that parents would try to help their kids.

“While FCPS doesn’t and can’t control these private tutoring groups, we do have concerns that they may widen the gap in educational access and equity for all students. Many parents cannot afford private instruction. Many working families can’t provide transportation to and from a tutoring pod, even if they could afford to pay for the service.”

It didn’t have to be this way.The solution, of course, would be to make the same resources available to all parents. Republicans attempted to do that multiple times. The READ Fund, championed by former Speaker Kirk Cox, would have taken $100 million in federal funding and diverted it to students and families. It could have been used to pay for things like tutoring, technology, curricula, or whatever parents needed to help their kids keep up while classes were virtual.

Unfortunately, Democrats in the House of Delegates blocked the fund every time it came up for a vote. Republicans also pushed for an immediate 5-day option for parents, taking advantage of the fact that teachers were moved to the front of the line for vaccination almost as soon as the first shots began.

It wasn’t an issue of safety. In places where teachers were vaccinated and face to face school was the rule, not the exception, transmission in schools all but disappeared. It was safe to go back to school.

Said simply, there was no reason for any student in Virginia to be in a virtual school against their parents wishes as of March. Even Governor Northam joined the chorus, telling schools he wanted them back in person by March 15.

That didn’t happen. Republicans listened to parents, and acted. Where school systems were putting their unions ahead of their students, the General Assembly could have said “No, you will reopen immediately for those who want in person school.”

Students all across Virginia who were stuck on Zoom meetings could have been back in the classroom with their peers for two months or more. No more Zoom fatigue. No more depression. No more learning loss.

But Democrats in the House of Delegates would not budge. Time and time again they voted to block legislation that would have sent kids back to the classroom in April.

What could your child have learned in two months of face to face instruction? Thanks to Virginia House Democrats, we will never know.