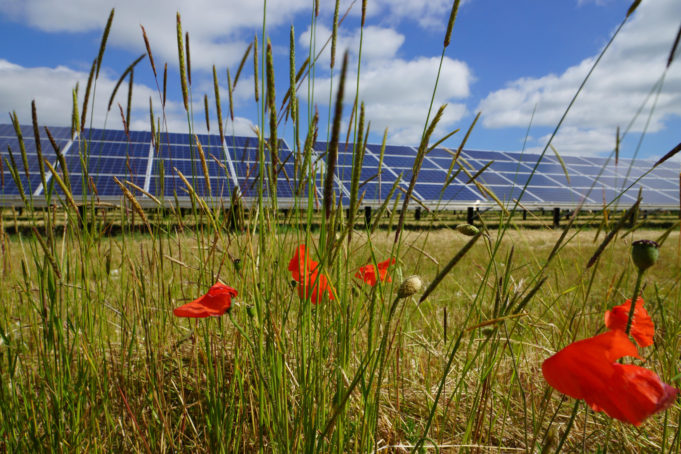 The projected consumer cost of Dominion Energy Virginia’s conversion to wind and solar power rises steeply in the utility’s latest capital spending plan. Although slightly reduced from earlier estimates, the utility told the State Corporation Commission its residential customers may see prices jump more than 50% by 2030 and 70% by 2035.

The higher consumer energy costs expected from going “green” became a political talking point during the last election. Another effort is expected in the 2022 General Assembly to revise or repeal the Virginia Clean Economy Act. That 2020 legislation mandated the coming move to wind and solar and the end of fossil fuels, but it passed only narrowly on largely party-line votes.

In 2020, the Commission staff reviewed the company’s capital plan and predicted that by 2030, a residential customer using 1,000 kilowatt hours per month would pay up to $808 more per year. In this recent review, the projection using the SCC staff assumptions comes out to $733 more per year ($61 per month) by 2030, still a 53% increase above 2020 levels.

What changed? For one thing, Dominion altered the plan by removing some additional natural gas generation it was planning to build. The 970 megawatts of new gas plants were intended to add reliability to the system as the intermittent wind and solar plants became a larger part of the daily power mix. Dominion may have lowered its projected costs by sacrificing its safety net.

Dominion’s update on what is called its integrated resource plan (IRP) was filed September 1. The case file includes only Dominion-supplied information, with no additional analysis by staff on the record. The SCC accepted it on October 28, making clear in the final order that it was not signing off on the plan itself.

As is commonplace in these cases, much of the detailed information on how costs will rise over the coming decades was declared to be confidential by the utility, and the Commission allowed it all to be hidden from the public. Reducing this secrecy is a needed reform.

So, for example, you cannot see on the chart how much Dominion projects it will charge customers in future years for the carbon allowances it must buy under the Regional Greenhouse Gas Initiative. But RGGI is included, so leaving that interstate carbon tax compact (as Governor-elect Glenn Youngkin has proposed) would have a direct impact on lowering the rate of bill increases. How much it would save is hidden.

One planning element Dominion added, however, was an IRP alternative that it considers a lowest cost option. It would meet all the carbon dioxide reduction targets in the VCEA but would not include all the solar and wind plants that are mandated by that statute. Instead it would meet growing demand by making additional capacity purchases from other suppliers and states (where fossil fuels might remain common.)

Under that plan, that residential customer bill would rise 17% in ten years, up about $20 per month. The company would still be emitting about 18 million tons of CO2 per year.

The other two plans, designated B and C, would rapidly retire the utility’s remaining fossil fuel plants. Plan B would cut most of them, while Plan C would eliminate them all and achieve the zero CO2 emissions by the 2040s. Plan C provides only a slightly higher consumer cost than that for Plan B, mentioned at the beginning of this article (an added $733 per year for a household using 12,000 kilowatt hours.)

Dominion disputes the accuracy of the SCC’s method of projecting costs. It claims the SCC is underestimating the future output (capacity factor) of solar facilities and also underestimating growth in sales. Dominion claims Plan B will only cost that homeowner $556 more per year, a 40% increase by 2030.

The IRP summarizes the coming energy conversion by year out to 2036. Both Plan B and C include the full development of Dominion’s proposed offshore wind project, with 2600 megawatts coming online in 2026 and another 2600 constructed by 2033. Plan B calls for more than 14,000 megawatts of solar resources in the next 15 years, and another 4,000 megawatts a decade after that.

Both Plan B and C assume continued operation of Dominion’s four nuclear reactors, which will require extensions of their federal licenses to operate past 60 years of age. Both include massive amount of storage capacity, to hold renewable power generated during low demand hours. That is where Plan C, the zero emissions option, differs from B. It requires more storage to compensate for having no remaining on-demand fossil fuel plants inside the state.

Is any of this likely to be changed in 2022? As with many of the plans to unravel legislation adopted in 2020 and 2021 while the Democrats held total control over state government, the Virginia Senate is likely to be the roadblock to VCEA repeal. The Democrats still hold a 21-19 majority there, with a 12-3 stranglehold on the key committee, and one Senate Republican (Jill Vogel of Fauquier) voted for the bill in 2020.

STEVE HANER is Senior Fellow with the Thomas Jefferson Institute for Public Policy. He may be reached at [email protected]