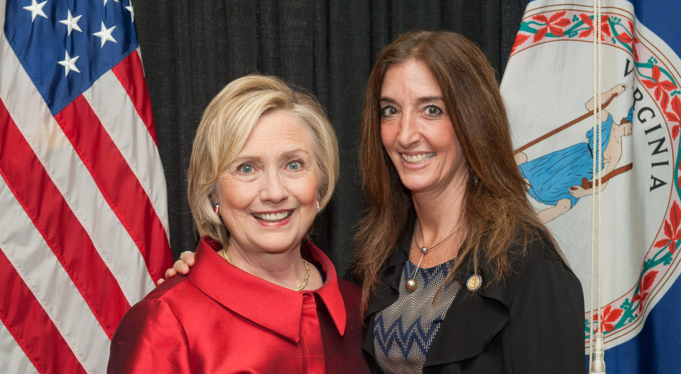 A handful of fairly new state delegates engineered the revolt against Filler-Corn (Fairfax), led by Del. Don L. Scott Jr. (Portsmouth), who was seeking to replace her as minority leader. Democrats voted to remove her in a private caucus meeting.

But Democrats rebuffed Scott’s call to immediately hold elections to replace her, Del. Mark Sickles (D-Fairfax) said after the meeting, adding that they held off on picking a new leader to give other people who might be interested in running time to prepare.

Filler-Corn issued a statement just moments after the caucus vote had concluded:

“I thank the people of Virginia and my colleagues in the House of Delegates for allowing me to serve as the first woman and first person of Jewish faith to serve as Speaker in the 403-year history of our Commonwealth — truly the honor of my life,” Filler-Corn said. “I was proud of all that we accomplished after taking the majority in 2019 and was willing to step up as Minority Leader once more to regain that majority. Our caucus is made up of 48 talented and diverse individuals and I look forward to working with them to retake the majority.”

The effort to remove Filler-Corn was spearheaded by several Democratic newcomers to the Virginia House of Delegates, many of whom have connections to progressive dark money group Clean Virginia owned by Charlottesville billionaire Michael Bills.

Clean Virginia’s involvement in Virginia politics runs rather deep, including opposition to domestic energy production which has left US eastern seaboard reliant upon offshore Russian energy. Links between Russian oligarchs and environmentalist groups were laid bare in a House SST memorandum in June 2017 followed up by a 221-page March 2018 memorandum outlining how Russian energy firms weaponize offshore accounts by exploiting news and social media and then drive these resources to non-profit environmentalist organizations whose sole purpose is to drive up domestic energy prices in order to make cheap Russian energy more attractive according to the Wall Street Journal.

It should be noted that Virginia Mercury — a prominent digital media outlet in Virginia — is funded in part by Clean Virginia through the Hopewell Fund. The Virginia Public Access Project (VPAP) has also benefited from Clean Virginia’s generosity, reciprocating by allowing Virginia Mercury and other left-leaning digital media publications to be included in its morning clips while giving the Heismann treatment to center-right publications such as The Republican Standard.

This pattern of influence mimics the actions of the Russian Internet Research Agency (IRA) as outlined in a July 2018 US Senate report detailing their methods.

TRS has written before about this “Red Orchestra” between groups such as Clean Virginia, VPAP, Virginia Mercury and environmentalist “troll farms” on Twitter.   That they are more organized than the political right in Virginia should bother more than a few folks at this rate.

More ominously, when the Virginia Democratic establishment discovers itself to be entirely weak in the face of dark money?

That’s a problem no one else is talking about.

Democratic leadership will point to the fact that some delegates also take money from Dominion Energy as if this were a bad thing. Yet labor unions and environmentalist groups in Virginia dwarf the amount of lobbying and donations made by Dominion with barely a peep from those paid to care.

Yet for those liberals who are actually liberals, the lessons about the aggregation of power only to find that power shifts — whether it is Glenn Youngkin or Elon Musk — should be telling.

Clean Virginia’s dark influence over DPVA should be a warning to many in Virginia, not just because of their policy objectives but because one major donor literally held a palace coup against a veteran politician — and won.

Democrats may be keen to point back to the foibles of Republicans. After all, Governor Glenn Youngkin isn’t exactly a poor man, nor did he rise up through the ranks of public service in order to become governor.

Yet it should strike many as concerning that heavy handed donors can override the will of elected officials when selecting leadership. Or filter the news you should be reading. Or placing their thumbs on the scale with a bag of cash in order to alter opinions.

Which is what happened here and everyone knows it. Whether they are willing to say as such is a character test — but the warnings should be clear to both parties and to aficionados of political process in general. One of the true tests of republican forms of government is our basic equality as citizens. When some animals become more worthy than others, the world becomes very Orwellian indeed.

For the record, while I do not personally know Eileen Filler-Corn, I do know her to be an enthusiastic and genuine defender of her beliefs and ideas. Which is more than one can say for some demagogues who masquerade as politicians nowadays.

Delegate Eileen Filler-Corn won’t be going anywhere. Meanwhile, House Democrats are going to have to decide between dogmatics and pragmatics. If the last two years haven’t been an education, the next two will certainly provide one.