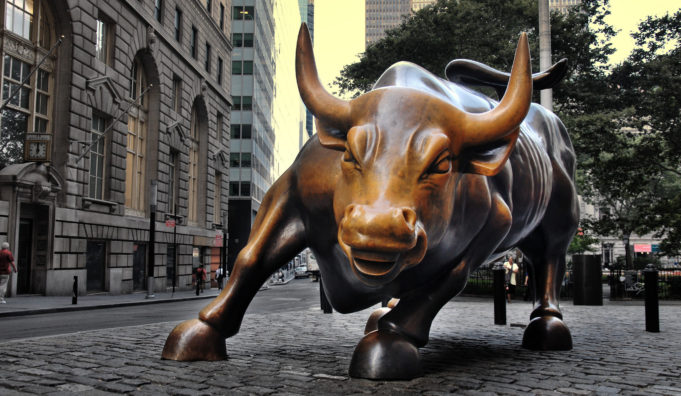 Larry Kudlow, set to become President Donald Trump’s new director of the National Economic Council (NEC), has reportedly told the White House that the U.S. economy is on the verge of 4-5 percent growth, more than double the last decade. Kudlow told Trump that many financial firms had held back ambitious investing until the the passage of the landmark Tax Cut and Jobs Act and claims, “some of that is already showing up,” bolstering economic growth.

In a report from the Washington Examiner, he told the president, “We’re on the front end of the biggest investment boom in probably 30 to 40 years.” The president responded, “Well, I couldn’t have said it any better.”

As the economy boom continues, consumer confidence has hit a 14-year high after lower-income households, those in the bottom third of income distribution, are reporting feeling very optimistic about the economy.

The Wall Street Journal said The University of Michigan released their preliminary results of U.S. Consumer Sentiment Index for March showing it is up from 99.7 in February to 102 this month. This is the highest level since January 2004, far above the 99 economists were expecting.

The report, “continues what has been a strong run across a range of consumer sentiment measures,” JPMorgan Chase economist Daniel Silver told financiers. Additionally, “this strength in sentiment is one of the reasons we think consumer spending will pick up soon following a soft start to the year,” he said.

Indicative of a strong economic growth, over two million Americans have gotten off food stamps. In President Trump’s second year in office, Americans participating in the Supplemental nutrition Assistance Program (SNAP) has fallen to a six-year low, the Daily Caller reports. 42.2 million Americans are currently receiving food assistance, down 11 percent since 2013 when a record number of of recipients was recorded.

With economic growth tracking well, President Trump has said there may be a “second round” of tax cuts coming soon. The White House and the top Republican tax writer House Ways and Means Chairman Kevin Brady (TX-8) stated separately that the GOP is working on more tax legislation complementary to the December tax bill. Some claim the second installation will result in longer term cuts apart from those in the first bill which are set to expire in 2025.