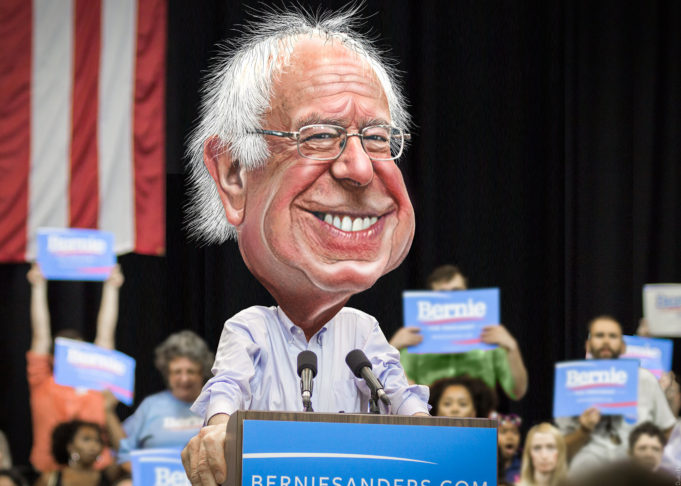 The former Democratic presidential contender and Northeastern Democratic-Socialist, “crazy Bernie” Sanders, often shouted during his campaign at young students around college campuses about “tuition-free” education and was also the figurehead for the “Fight for 15” movement in effort to raise the minimum wage to $15 per hour. Though, just because he may not have the spotlight any more, that has not stopped him from touting ridiculous ideas. The Vermont senator is now getting ready to announce an official proposal that would guarantee a federal job with at least a $15 per hour wage and free health insurance benefits to every American, “who wants or needs one.”

The Hill reports that Sanders is still in the early stages of articulating the plan. Presumably, because it doesn’t work, due to the fact that in the “real world” such a plan is far beyond to comprehension of anyone whom is financially literate. Nevertheless, he claims that any job and any job training would be provided to any “adult American.”

Darrick Hamilton, an economist at the progressive-leaning, Greenwich Village-based New School, said that, “The goal is to eliminate working poverty and involuntary unemployment altogether.” He added, “This is an opportunity for something transformative, beyond the tinkering we’ve been doing for the last 40 years, where all the productivity gains have gone to the elite of society.”

If everyone were to be given a job opportunity by Big Brother and wages were raised beyond realistic means, the private sector would undoubtedly suffer greatly. Even Democrats would have to concede that such a proposal would fail to gain enough traction considering its highly-unsustainable, highly-unaffordable, and completely laughable nature.

Sanders claims that he wants to end the tax cuts for the rich and also believes that the wealthy portion of America is ruining life for everyone else. This, of course, is coming from a man who owns four houses.

“There will be pressure to introduce a higher wage or certain benefits that the private sector doesn’t offer, “said Brian Riedl, a member of the Manhattan Institute, a conservative-leaning think tank.

“It completely undercuts a lot of industries and companies,” he said. Of course, that notion is perfectly obvious to most people.

Sanders, unfortunately, is still a possible contender for the 2020 Democratic nomination that boasts a disappointing pool of elected officials. As his policy proposals become more and more outrageous and unrealistic, young voters may begin to realize that there really is no such thing as a free lunch.