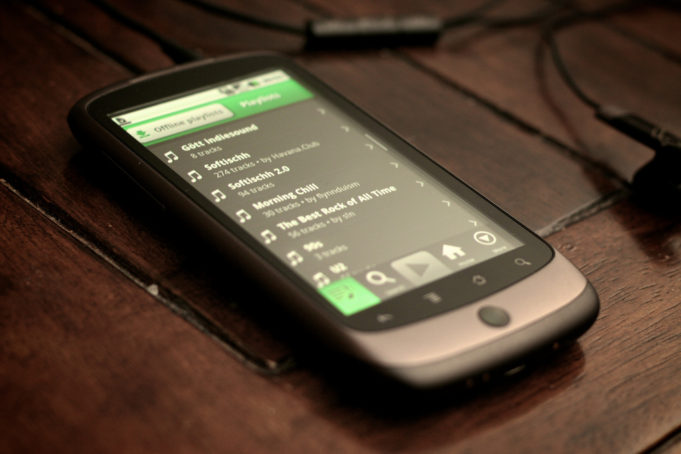 Congress is set to take up a bill later this week from Republican Bob Goodlatte (VA-6) that will revolutionize the music industry and how the makers of music are paid and compensated. Called the Music Modernization Act, the measure would greatly benefit songwriters and producers that are currently subject to an outdated system, over 100 years old.

In a report from WTVF, Bart Herbison, Executive Director of the Nashville Songwriters Association, said that songwriters only earn around $20 for every hour million times their songs are streamed.

“And that’s because we’re tied to laws from 1909 that were set to regulate player pianos. We’re trying to change that so the compensation can be more fair in the digital streaming era,” he explained.

Though, songwriters will not be only beneficiaries of Goodlatte’s legislation. CEO at the Digital Media Association Chris Harrison, who was also a top executive at Sirius Radio and Pandora, said that streaming services overall will benefit on the legal side.

“And for the services, it eliminates a lot of the existing legal risk, which has inhibited some from investing as much in the U.S. market,” Harrison explained.

The Music Modernization Act will reform the music licensing market in four main dimensions, according to a file from the House of Representatives.

Under the act, Section 115 of the Copyright Act will be amended to strike the Notice of Intent (NOI). This can sometimes prevent songwriters from being compensated for their work or compensated in a timely manner. Streaming services will fund a Mechanical Licensing Collective (MLC) and be granted a blanket mechanical license for interactive streaming or digital downloads of music or musical works. The MLC will be overseen by songwriters and publishers alike.

Moreover, the measure will provide a transparent and
publicly accessible database housing song ownership information, identifying songs that have not been matched to songwriters or publishers, whom would also be able to claim the rights to songs and get paid for those songs. They would also be granted an audit right, which currently do not have under the aforementioned section.

Section 115 of the Copyright Act has regulated the music industry since 1909, long before recorded music even existed. As of now, anyone to seek a compulsory license to reproduce a song in
exchange for paying a statutory rate. The law directs the Copyright Royalty Board (CRB) to apply a legal standard to determine pricing, but it may not reflect actual market value.

By implementing a “Willing Buyer/Willing Seller Standard,” the Music Modernization Act will replace the flawed legal standard, directing the a court judge to consider free-market pricing conditions when determining the rates to be paid to original publishers and writers of music.

Currently, the American Society of Composers, Authors and Publishers (ASCAP) and Broadcast Music, Inc. (BMI), both performing rights organizations, are assigned to a respective rate court district judge. Each single case must be decided upon before any of the five performance rights organization’s respective designated consent decree judge.

Rather than utilizing a single assignment, the Music Modernization Act would provide a “wheel” approach, meaning a district judge would be randomly assigned to an organization from a “wheel” of judges to determine the outcome of a rate setting dispute.

This approach will ensure that each respective judge is able to determine a rate case without previous impressions from preceding cases.

Due to them being barred, the financial playing field is inherently uneven, giving the disadvantage to songwriters. By repealing the section, the industry will be governed on a more fair system, resulting in songwriters being allotted more fair rates for the public performances of their musical works.