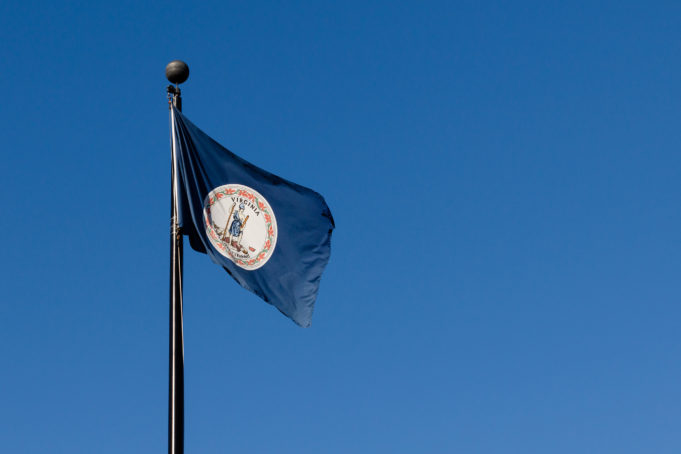 Politico recently highlighted women working in politics and policy-making process throughout the country and worldwide. As there were many to choose from, they selected 20 top power-players, three of which have their foothold in Virginia. 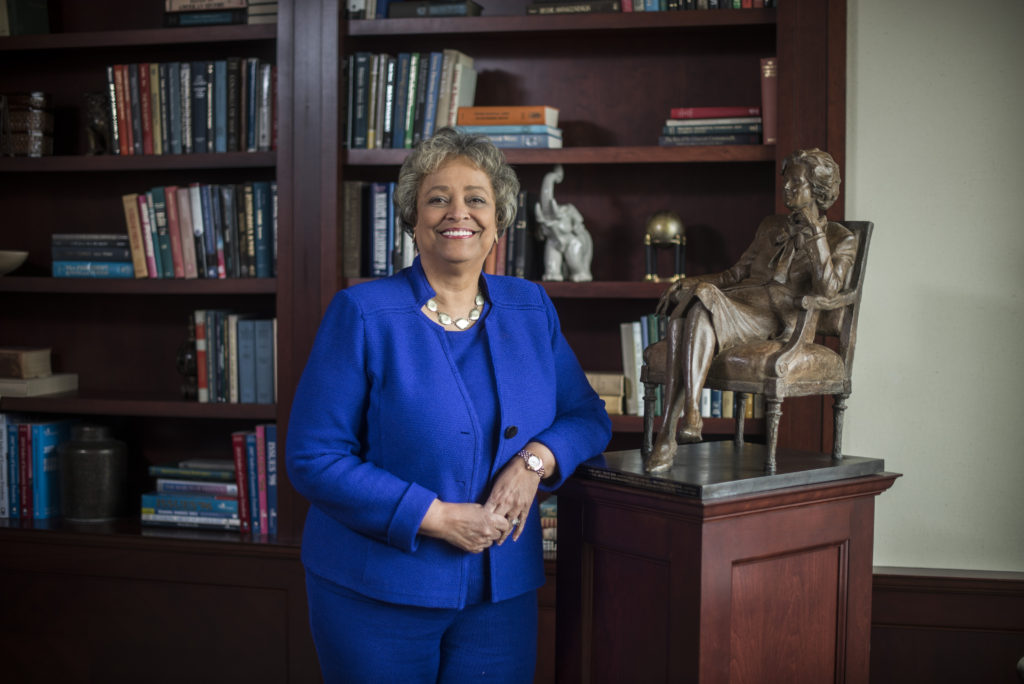 Although traditional Republicanism in Washington has taken on a new light in the Trump-era, the Heritage Foundation has still proved to be the guiding light of the conservative movement. And as the new leader of the influential think tank, James does not see that changing.

“Heritage will always be true north [in the conservative movement],” James said in a recent interview according to Politico. “Heritage stands on certain values or principles, and what makes it easy is one doesn’t have to navigate, one just has to stand.”

The Virginia native is the first woman to lead the foundation and brings a lifetime-worth of policy achievement to the table.

In the 1980s, she was appointed by President Ronald Reagan as member of the National Commission on Children. She also served as director of the Office of Personnel Management in the George W. Bush Administration, Virginia’s Secretary of Health and
Human Resources under Governor George Allen, and Dean of the Robertson School of Government at Regent University in Virginia Beach, Virginia. Furthermore, she has been a trustee to the think tank for over a decade.

When she came to the Heritage Foundation, she explained that the conservative movement had come to an ideological crossroads.

“I think while we’re struggling as conservatives to take on the challenges that are coming from the left, we’re also taking on the internal challenges to define who we are,” she said.

James and the foundation believe they have been successful in crafting conservatism in the Trump Administration. She points to the administration’s transition effort which was bolster by experts and appointees from the Heritage Foundation.

She sees those appointees and experts as people who “‘recognize American exceptionalism’ and believe in free markets, limited government, a ‘strong national defense’ and a ‘civil society.'” Earlier this year, her foundation emphasized that 64 percent of its policy recommendation, dubbed “Mandate for Leadership,” was “embraced by the Trump Administration,” namely the Tax Cuts and Jobs Act.

While the Heritage Foundation and President Trump do not agree on the issue of foreign tariffs, she is unconcerned about the future of their work with the White House. 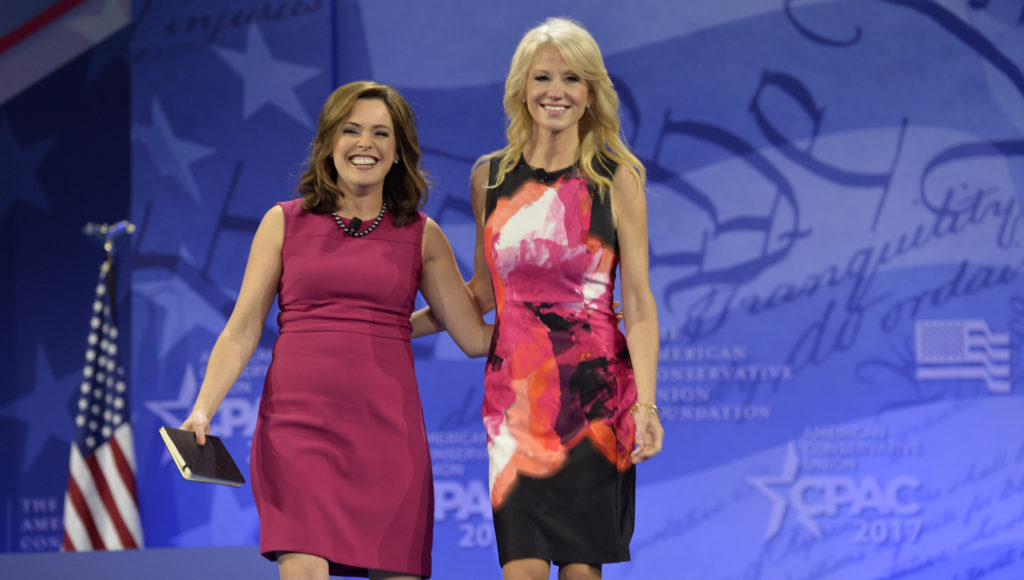 Schlapp has a rather tough job as White House Strategic Communications Adviser, considering President Donald Trump usually serves as his own PR representative through social media. Nevertheless, she has been working very closely with the White House’s political affairs and legislative affairs teams as well as policy organizations to coordinate policy rollouts. Thus far, her main focus has been on issues like infrastructure, trade policy, the opioid epidemic, and broader school safety measures.

She gained a stark interest in politics at an early age, spurred on by her family’s encounter with Communist dictator Fidel Castro. Her father, a Cuban immigrant, was held as a political prisoner in the 1960s by the regime.

Although many in the mainstream media consider business inside the White House to be a bit of a free-for-all, Schlapp says working in the Trump Administration is not as chaotic as many are led to believe. The biggest misconception of working in a Trump White House, she says, is that “we’re all trying to kill each other.” Schlapp explained that like in all political settings there are internal disagreements; however, she said they are way overblown by the media.

Though, Schlapp said working in the Trump Administration is “very different” from working for President George W. Bush’s, mainly because of the daily, sometimes controversial tweets.

“Obviously, we are doing policy rollouts and looking ahead but we are also dealing with the day to day of social media and the president’s tweets,” which she said makes her job “much more exciting” than her first go-around in the White House. “The president is the ultimate decider of the agenda and the message and our team is here to support him,” she said according to Politico.

After her time in Bush’s administration, Schlapp co-founded Cove Strategies with her husband Matt, who is now the chairman of the American Conservative Union. As the matriarch of a large family, The Washington Post branded her five daughter “the cool kids of Trumpism” last year. 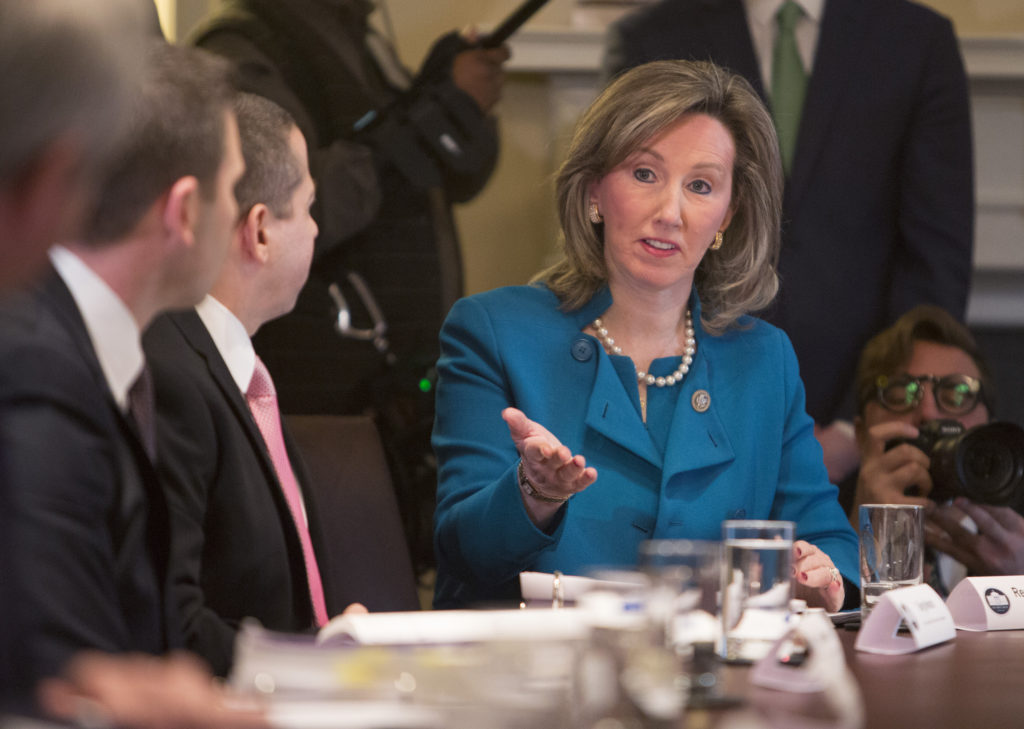 In such a nationally-tempered political environment, Democrats have been tempted to focus on President Trump as their means to reclaim Comstock’s district. However, Virginia’s Iron Lady has relied on a career of relentless work ethic and political acumen that has served her 6-0 undefeated electoral record.

In 2016, Hillary Clinton carried VA-10 by 10 percentage points, but Republican incumbent Comstock won over voters with six percentage point margin. As her district is seen as the top target for Democrats this midterm election cycle, she is taking on a fierce opposition.

Eight Democrats have already raised a combined $1.2 million last quarter to take her on in November, Politico reports. Though, Comstock, a brilliant fundraiser and battle-tested leader, is weathering the fight with $1.8 million in the bank and a history of fighting through harsh rhetoric and national duress to focus on local issues to provide betterment for her constituents.

In the 1990’s, as a former congressional staffer, she was an integral part of the Republican-led investigation and impeachment proceedings of President Bill Clinton. Her time on the House Committee on Oversight and Government Reform during Clinton’s second term as chief investigative counsel and senior counsel led her to serve as chief counsel for Indiana Republican Congressman Dan Burton, who used the committee’s investigative powers as a political battering ram against Clinton.

During that time, Comstock worked with David Bossie, whose anti-establishment, anti-Democrat fervor made him a prime pick for a top spot on Trump’s 2016 presidential campaign. Another key Comstock colleague on the committee was Tim Griffin, now the lieutenant governor of Arkansas, who she recruited as her deputy on the 2000 presidential campaign to help her conduct opposition research at the Republican National Committee (RNC) against then-Democratic nominee Al Gore.

The Virginia congresswoman has also been on the frontline of the battle for women’s rights and sexual harassment and assault accusations from members of Congress. Comstock has worked tirelessly to implement reforms in Washington that has made her enemies even within her own party. Though, as the phrase “drain the Swamp” is often tossed around The Hill, she too has been known think that Washington needs “to clean house.”

In every election, Comstock has campaigned like she has been 10 points behind. Therefore, her backbone of iron and political intelligence should serve her well in the 2018 election. If it is anything like the preceding few elections in which Democrats banked on the resistance movement to thwart her advances, well, everyone knows how that turned out.