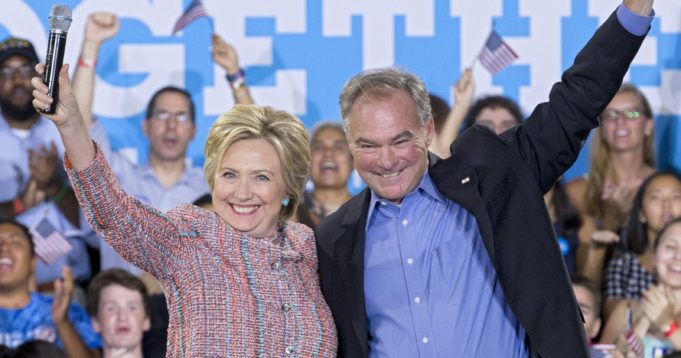 Here is Hillary Clinton, the Democrat nominee for President in 2016, ranting that she lost because the country between New York and California is full of racists and sexists, and married women just vote the way their husbands tell them to, and no one in the media is asking her RUNNING MATE, Virginia Senator Tim Kaine, if he agrees with her stances on their electoral loss.

Google Tim Kaine and Hillary Clinton and it’s hard to find a post that isn’t from 2016.

Why the one-sided silence in the press?

Could it be that the press doesn’t want to remind everyone that Tim Kaine was Hillary’s shill and debased himself on the national scene by his unwavering support of Hillary?

Where is Tim Kaine today?

He could issue one of his “way to go, Hillary” statements again and agree with her nutty thoughts about why she lost.  Heck, the only two people Hillary hasn’t blamed for her loss is Kaine and herself.

Or Kaine could issue a “Hillary is wrong” statement.

Or maybe Kaine could pass a bill.  Do something!

So which is it, Tim Kaine?  Is Hillary right?