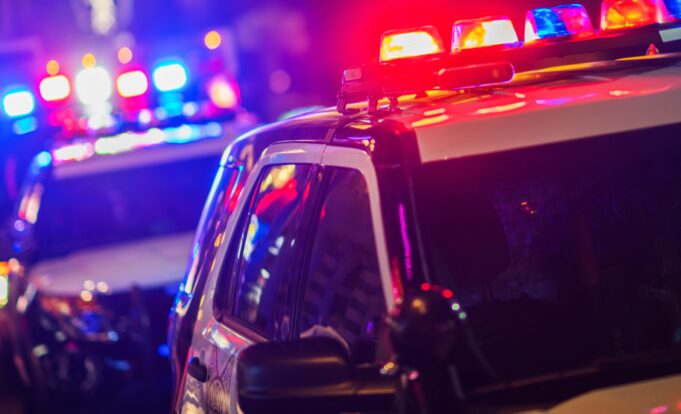 The group is backing Karina Lipsman, Hung Cao, and Yesli Vega against Don Beyer, Jennifer Wexton, and Abigail Spanberger, respectively.  The three Democrats have been endorsed by groups including Planned Parenthood and NARAL Pro-Choice America that have also supported the “Defund the Police” Movement.

In VA – 08, incumbent Don Beyer said at a recent candidate forum that he was “the opposite of the Defund the Police movement” and that Congress needed to “give the police more money.” However, Planned Parenthood which has backed his campaign “supports efforts to defund and divest from the police.”

Joseph Wolosyzn – head of the VAPBA- said he hoped the group’s endorsement of Lipsman would help sway voters “who respect the strong and efficient endorsement of our laws” in the upcoming election.

Honored to have the endorsement of the Virginia Police Benevolent Association (@VAPBA)!

Read more in the @sungazettenews.

If you back the blue and want to support my #VA08 campaign, head to https://t.co/jipZFh5By8! https://t.co/6RAJXiljxf

I'm proud to have the support of law enforcement! As a Navy veteran, I've said it many times- our military plays the away games but our police play the home games everyday, putting their lives on the line to keep us safe. #VA10 needs leaders who stand by those in uniform. pic.twitter.com/42iKPguDG5

Wexton is backed by NARAL, another group that supports “the demands of the Movement for Black Lives, including defunding the police.”

In VA-07, incumbent Abigail Spanberger is doing her best to paint her challenger Yesli Vega as anti-police despite the fact that Vega is a deputy sheriff herself. Vega announced the support of nine sheriffs in the Seventh District in August, as well as the VAPBA’s endorsement of her campaign.

Honored to have @VAPBA behind our campaign for Congress. As the voice of law enforcement, the PBA recognizes my opponent has failed our law enforcement community & that I’m the true pro-police candidate who will fight for those who risk their lives keeping our communities safe.🇺🇸 pic.twitter.com/hqxY5sGDcg

The irony with Spanberger doesn’t there. After a trying 2020 campaign cycle, she famously put Speaker Pelosi and the far-left wing of her party on blast over both the “defund the police” movement and an embrace of socialism. At the time, Spanbeger predicted that if they continued with more of the same her party would “get f—ing torn apart in 2022.”

Still, that doesn’t seem to have stopped Spanberger from graciously accepting the support of her party’s fringe figures this year. She accepted a $5,000 check from AOC’s Courage to Change PAC which is meant to support candidates who “reduce the annual budget for law enforcement and defense spending.”

Vega told the Republican Standard this week that “Abigail sold out the men and women in law enforcement for a $5,000 PAC check from AOC. Virginians can see through her charade and they are tired of her lies. As a deputy sheriff, I’ve worn the uniform, I’ve served my community, and with the support of nine sheriffs from across the 7th, the Police Benevolent Association, and the U.S. Border Patrol Council, voters know I’m the true law and order candidate in this race.“